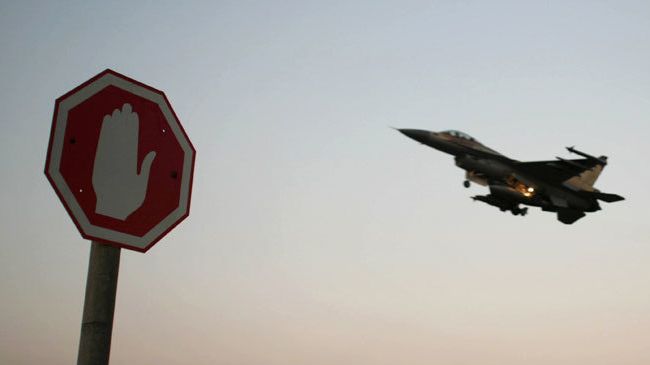 Reports indicate that the US is preparing to impose a no-fly zone over Syria.

An Iranian lawmaker says imposing a no-fly zone over Syria will amount to violation of international law and is part of the West’s attempts to prop up embattled dictators in the region.

“The strategy adopted by the Western states, the United States in particular, is [aimed at] disrupting the balance of power in the Middle East in favor of the Zionist regime [of Israel],” Mohammad-Saleh Jokar, a member of Iran Majlis National Security and Foreign Policy Committee, said on Tuesday.

“More than two years have passed since the [start of the wave of] Islamic Awakening in the Middle East and North Africa, and Western-backed dictators are falling one after the other. Hence the US is attempting to save the rest of its lackeys through any possible means,” Jokar added.

The Pentagon confirmed on Saturday that US F-16 warplanes and Patriot anti-aircraft missiles will remain in Jordan after the end of a joint drill this month, fuelling reports that Washington was preparing to impose a no-fly zone over Syria.

“Whenever White House officials feel the terrorists they have dispatched to Syria from across the world to fight Assad’s government are in decline, they bring up empty allegations like the use of chemical weapons by the Assad government,” the Iranian legislator stated.

Jokar said unlike Libya, people in Syria have been supporting the government and joined the Army in its battle against “Takfiri terrorists,” adding that dialog between the government and the opposition is the key to ending the ongoing crisis in the Arab country.

“A military intervention will not only propel Syria into a new phase of crisis, but will also give rise to a serious challenge to the restive Middle East,” he warned.

The Syria crisis began in March 2011, and many people, including large numbers of government forces, have been killed.

The Syrian government says the West and its regional allies, such as Qatar, Saudi Arabia, and Turkey, are supporting the militants.