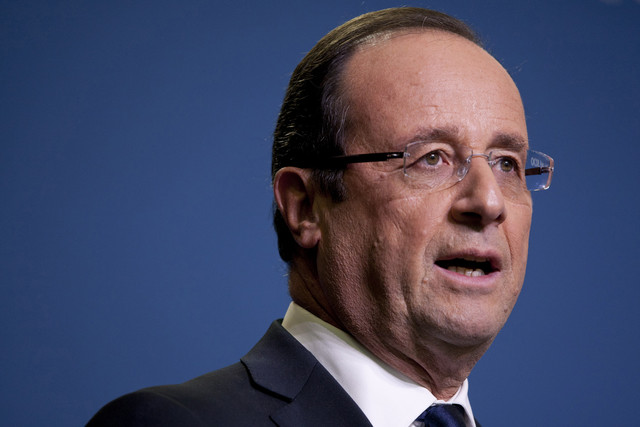 (Reuters) – French President Francois Hollande on Tuesday opened the door to Iran attending a Syria peace conference, but reiterated that there was no future for Syrian President Bashar al-Assad.

Global leaders called for the so-called Geneva 2 talks to be held as soon as possible to end the Syrian civil war but they avoided mentioning the fate of Assad in a final G8 summit communique in Northern Ireland.

Paris had previously ruled out Iran taking part in the proposed conference, saying Tehran had no desire for peace and would use the Syria talks to detract from negotiations later in the year with major powers over its nuclear program

“On the presence of Iran, let’s wait for the new president to speak and let’s see if he can be constructive,” Hollande told reporters. “My view is that if he is constructive, then yes he will be welcome.”

Iranians elected a new president, Hassan Rohani, on Friday, a moderate cleric who held out the prospect of a thaw in relations with the West and progress on resolving the nuclear dispute.

At the G8 summit, Russian President Vladimir Putin resisted attempts by other leaders to get him to agree to anything that would imply Assad should step down.

“There will no future for Syria with Assad. The Russians are not yet ready to say or write it, but when we speak of transition … it’s difficult to see how he (Assad) could be responsible for it,” Hollande said.

France, which has actively supported the rebels in its former colony, has not yet chosen to arm rebels since pushing, along with Britain, to have an EU arms embargo lifted.

However, it argues that, with rebels struggling to push back advances by forces loyal to Assad, something must be done urgently to change the balance of power.