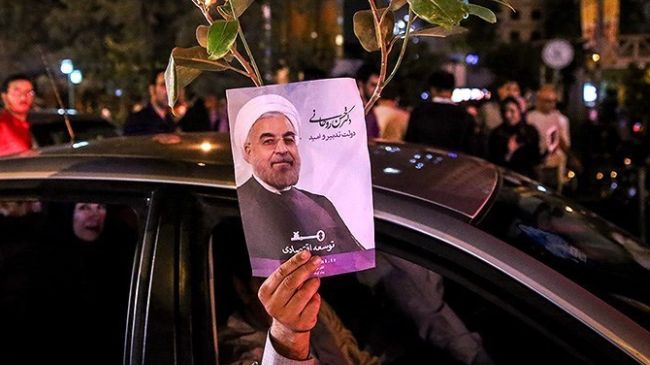 Supporters of president-elect Hassan Rohani celebrate his victory on June 15, 2013.

A number of Persian Gulf Arab states have congratulated president-elect Hassan Rohani over his victory in Iran’s 11th presidential election.

“We felicitate you on winning the presidential election … and wish you and the Iranian people further progress and prosperity,” said the UAE president, adding, “We look forward to working with you for the good of the region and the peoples of the UAE and Iran. We are keen on maintaining relations with the Islamic Republic of Iran that are based on cooperation.”