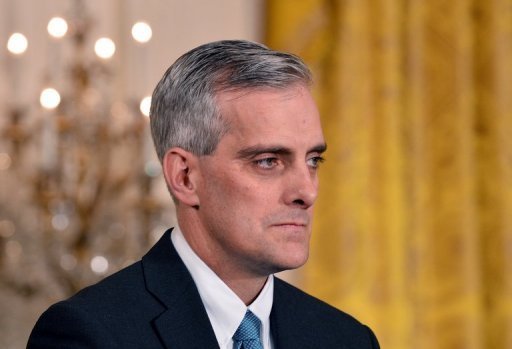 Iran has chance to find partner in US: White House

AFP – Iran’s new president will find a partner in the United States if he comes clean on the Islamic republic’s controversial nuclear program, a senior White House official said Sunday.

Moderate cleric Hassan Rowhani was elected president Friday, ending eight years of a conservative grip on the office marked by tension with the West over Tehran’s atomic drive.

“If he is interested in… mending Iran’s relations with the rest of the world, there’s an opportunity to do that,” White House Chief of Staff Denis McDonough told CBS News’s “Face the Nation.”

“If he lives up to his obligations under the UN Security Council resolution to come clean on this illicit nuclear program, he will find a partner in us, and there will be an opportunity for that.”

The United States, Israel and the West suspect Iran’s nuclear program is aimed at developing weapons, while Iran insists it is for peaceful purposes such as generating energy and developing medical isotopes.

McDonough said if Rowhani, a former nuclear negotiator who has promised a more constructive approach to talks, lives up to obligations linked to the program, then “there’s a great opportunity for Iran, and the people of that storied country, to have the kind of future that they would, I think, justifiably want.”

On Saturday, the White House said it was prepared to engage Iran “directly” over its nuclear program in order to reach a “diplomatic solution that will fully address the international community’s concerns.”

It also said the election was held amid lack of transparency, censorship of the media, the Internet and text messages, and “an intimidating security environment that limited freedom of expression and assembly.”

McDonough referenced those “difficult circumstances” Sunday, adding: “I think we should all be quite proud of the way that Iranians turned out to vote and to express their democratic views and aspirations.”

Rowhani, who succeeds Mahmoud Ahmadinejad, on Sunday hailed his own win as a victory over “extremism.”

On the civil war in Syria, McDonough said Washington had decided to provide military support to rebels “because we want to make sure that Syrians who want to take charge of their own country have the ability to do that.”

Washington announced Thursday it would be providing military support to the Syrian opposition, saying it had proof that forces loyal to Syrian President Bashar al-Assad had carried out deadly chemical weapons attacks.

But US officials have yet to reveal exactly what that support will entail.

“We have to be very discerning about what’s in our interest and what outcome is best for us, and the prices that we’re willing to pay to get to that place,” McDonough said.

“We’ve rushed to war in this region in the past; we’re not going to do it here.”