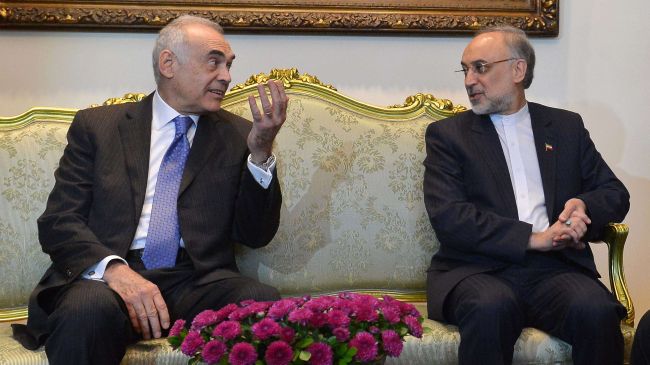 The Egyptian foreign minister has hailed the presidential election in Iran as successful, and offered his felicitations on President-elect Hassan Rohani’s victory.

Mohamed Kamel Amr conveyed the congratulations in a phone conversation with his Iranian counterpart Ali Akbar Salehi on Sunday.

Rohani secured over half of the total votes to win Iran’s 11th presidential election held on June 14th.

The Interior Ministry put voter the turnout at 72.7 percent.

Salehi and Kamel Amr also discussed the relations between Iran and Egypt.

The Iranian and Egyptian foreign ministers also underlined efforts to facilitate national dialog between the Syrian government and opposition.

On May 4, Salehi called on Egypt to hold urgent quartet talks to find a solution to the crisis in Syria, voicing Tehran’s readiness to host or attend the negotiations in any country and at any level.

A high-level meeting of the quartet group was held on September 17, 2012 about a week after preparatory talks in Cairo by lower-ranking officials from the four countries.

The Iranian, Egyptian, and Turkish presidents also met in Cairo on February 6 and called for an immediate solution to the crisis in Syria and an end to the bloodshed. Saudi Arabia did not attend the negotiations.

The Syrian government says the chaos is being orchestrated from outside the country. Many people, including large numbers of Syrian army and security personnel, have been killed in the unrest.