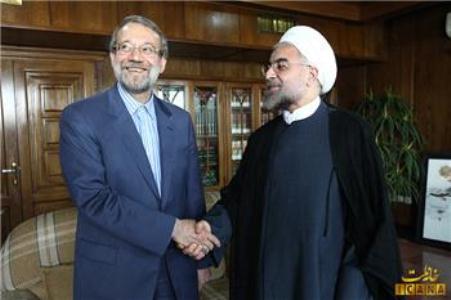 Iran’s Majlis Speaker Ali Larijani have met President-elect Hassan Rohani at the Expediency Council’s Center for Strategic Research and consulted him on the next government cabinet, ISNA said.

They also talked about the country’s necessities, especially inflation control and unemployment

The Islamic Revolutionary Guards Corps has issued a statement of “its all-out preparedness to interact and cooperate with the administration of Iranian President-elect Hassan Rohani within the framework of the assigned legal responsibilities and missions,” Fars reported.

Iran’s President-elect Hassan Rohani will renew his allegiance to the ideals of late Imam Khomeini, the founder of the Islamic Republic of Iran tonight at 8:00 PM (local time), Tasnim news said.