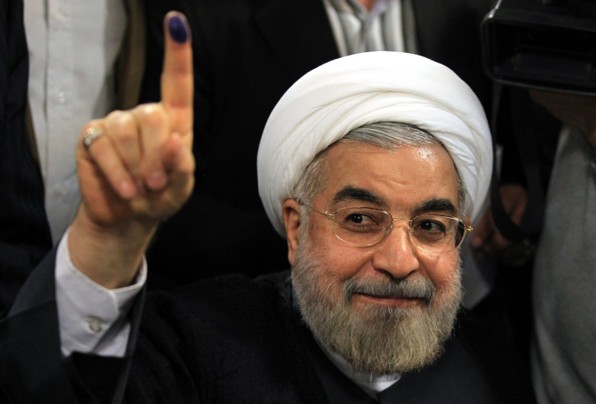 Candidate Hassan Rohani is in the lead with a wide margin in the Iranian presidential election, according to the results so far.

Iran’s Supreme Leader Ayatollah Ali Khamenei said on Saturday that whatever the result of the presidential election, in which a moderate candidate appeared headed for victory, it would be a vote of confidence in the Islamic Republic.

Israeli Defence Minister Moshe Yaalon has called for tougher sanctions against Iran over its nuclear program regardless of who is elected as its new president, public radio reported on Saturday.

Iranian Parliament Speaker Ali Larijani warned that his country will boycott the international conference on Syria if Israel will participate. In an interview to the Lebanese Al-Mayadeen television channel, Larijani claimed that the Islamic Republic believes the violence in Syria serves the “Zionist regime” and the West.