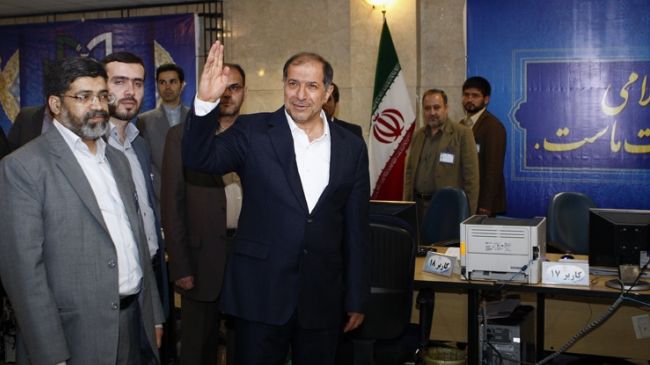 Voting hours of Iran elections will be extended: Interior minister

Iranian Interior Minister Mostafa Mohammad-Najjar says the voting hours of the country’s 11th presidential and the fourth city and rural councils elections will be extended.

Mohammad-Najjar said the voter turnout at the Friday elections has been high and thus the polling stations will remain open for more hours beyond the initial deadline.

Polls officially opened in Iran for presidential and city and rural councils elections at 8:00 a.m. (0330 GMT) on Friday, and were originally scheduled to remain open for 10 hours.

Mohammad-Najjar said the Interior Ministry was closely monitoring the process of voting and would take immediate action to investigate any suspected violation of law.

He said the candidates’ representatives were present at all polling stations in line with the measures taken to increase transparency.

The minister also said the vote counting process would start immediately after polls close, and that the process would be faster compared to previous elections.