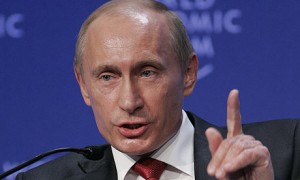 (Reuters) – Russian President Vladimir Putin said on Tuesday he has no doubt that Iran is adhering to international commitments on nuclear non-proliferation but regional and international concerns about Tehran’s nuclear programme could not be ignored.

Putin, whose country is among six world powers seeking to ensure that Iran does not seek to develop nuclear weapons, also said Iranian threats to Israel’s existence were unacceptable.

His remarks appeared aimed to strike a balance between the interests of Iran, on the one hand, and on the other, Israel and global powers seeking to ensure Tehran does not acquire nuclear weapons.

“I have no doubt that Iran is adhering to the rules in this area. Because there is no proof of the opposite,” Putin, whose country is one of six leading those diplomatic efforts, told Russian state-run English-language channel RT.

But he criticised Iran for rejecting a Russian offer to enrich uranium for Tehran’s nuclear programme and took aim at aggressive Iranian rhetoric about Israel, with which Putin has been improving ties in recent years.

“Iran is in a very difficult region and when we hear … from Iran that Israel could be destroyed, I consider that absolutely unacceptable. That does not help,” Putin said.

Putin suggested that Washington was exaggerating dangers posed by Iran, saying “the United States uses Iran to unite Western allies against some real or non-existent threat”.

Putin said that concerns about Iran’s nuclear programme, which Tehran says is purely for peaceful purposes including power generation, must be addressed.

Last week, Russia joined China, the United States, Britain, France and Germany in pressing Iran to cooperate with a stalled investigation by the U.N. nuclear agency into suspected atomic research by the Islamic state.

In a June 5 joint statement intended to signal their unity in the decade-old dispute over Iran’s nuclear programme, the six powers said they were “deeply concerned” about the country’s atomic activities.