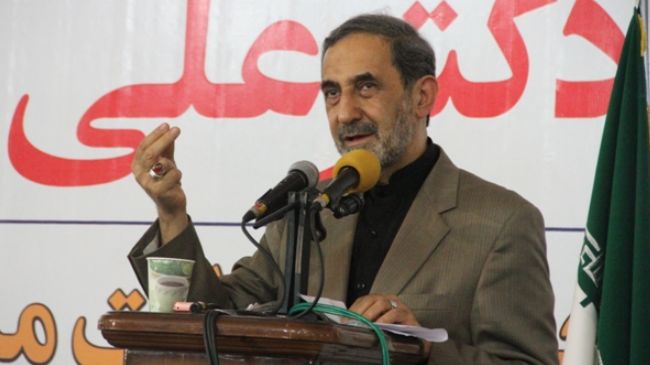 (Reuters) – With the ear of Iran’s supreme leader as the “real foreign minister” behind the scenes, Ali Akbar Velayati has long tended to the Islamic Republic’s prickly relations with the West and now hopes to put his diplomacy to use as president.

Although a loyal conservative, the 67-year-old foreign affairs adviser to Ayatollah Ali Khamenei says he wants to soften the confrontational tone taken by outgoing President Mahmoud Ahmadinejad since 2005, if not the policies.

Khamenei says he backs no candidate in Friday’s election. But with Iran needing relief through negotiations from crippling sanctions imposed over its nuclear activities, Velayati offers deep experience without presenting a threat to Khamenei’s grip.

“Velayati can act with more elegance, grace and experience,” said a Western diplomat based in Tehran. “Ultimately, the leader doesn’t want a strong president who acts independently and Velayati has no power base of his own.”

Leaked U.S. diplomatic cables say Velayati has presided over attempts to establish direct relations between Khamenei with France and Saudi Arabiain recent years to “counter-balance President Ahmadinejad’s hard line”. Other cables foresee him in a central role in any future engagement with the United States.

But Velayati is also close to former president Akbar Hashemi Rafsanjani, another prominent Shi’ite cleric and longstanding rival to Khamenei. Velayati served as foreign minister to both men during their presidencies in the 1980s and 1990s.

Khamenei has marginalized Rafsanjani since the centrist former president lent tacit support in 2009 to opposition leaders who declared that Ahmadinejad’s re-election was rigged, touching off the worst unrest since the 1979 Islamic Revolution.

Khamenei quickly endorsed the result only to see the firebrand populist Ahmadinejad question Khamenei’s authority, and the Islamic Republic’s clerical ruler is now determined to see someone reliably obedient take over the presidency.

There is no clear favorite but one of several conservatives close to Khamenei is expected to prevail in the first round on Friday, or in a second round run-off a week later.

Velayati announced early this year that he would run for president as part of a three-man coalition of “Principlist” candidates – those who profess utmost loyalty to the Islamic Republic.

“If Principlists are divided … and the presidency is not in the hands of Principlists in future, we will have a tragedy,” he said, a reference to the factionalism that marked Ahmadinejad’s presidency. “From these three people, one person will be introduced as a candidate, so we can finish the job.”

But while one member, Gholam-Ali Haddad-Adel, withdrew this week, both Velayati and Tehran Mayor Mohammad Baqer Qalibaf are sticking it out, possibly a consequence of the candidacy of another hardliner, chief nuclear negotiator Saeed Jalili.

“Velayati is one to watch. His loyalty to Khamenei is proven and he’s a heavyweight to sideline. It will be difficult for him to swallow stepping aside for Jalili,” said a Europe-based source who is close to the campaign of Hassan Rohani, a moderate contender who represents the hopes of more liberal Iranians.

Unlike other Principlists, Velayati has avoided overtly partisan remarks in public in the interest of bridging divisions within conservative ranks splintered by Ahmadinejad’s outbursts.

“Velayati knows everyone, he wears no particular ideology on his sleeve and is a seasoned operator internationally,” said Richard Dalton, British ambassador to Iran from 2003 to 2006.

“He’s close to the supreme leader and does not appear to have significant factional enemies.”

However, Velayati sought to seize the high ground over Jalili during a televised presidential debate on June 7 by criticizing his stonewalling tactics in negotiations.

Since taking over nuclear diplomacy in 2007, Jalili has driven a harder line with world powers looking to rein in Iran’s nuclear program to ensure it does not develop the means to build atomic bombs – although Tehran denies any such intent. In the debate, Velayati said Jalili’s approach had backfired.

“What people are seeing, Mr Jalili, is that you have not gone forward even one step, and the pressure of (international) sanctions still exists. The art of diplomacy is to preserve (our) nuclear rights, not to see sanctions increase,” he said.

“When the other side is ready to take three steps and you want to take one step it is obvious that you do not want to make progress,” Velayati said, referring to Jalili’s two rounds of talks with the six powers in Kazakhstan earlier this year.

Jalili dismissed his critics as misinformed.

After Velayati left the foreign ministry in 1997, the U.S.-trained doctor was appointed foreign affairs adviser to Khamenei and is regarded as among his most influential aides.

The man diplomats have often described as Iran’s “real foreign minister” is regularly deployed outside Iran’s official channels to carry out initiatives on Khamenei’s direct orders.

According to a U.S. diplomatic cable, Saudi Arabia’s king told U.S. counter-terrorism adviser John Brennan that Velayati had visited Riyadh in 2006 to establish back-door contact between the Iranian Shi’ite theocracy and the Saudi Sunni monarchy to reduce tensions between the regional rivals.

Born in Tehran in 1945, the bookish Velayati joined the secular National Front movement in the early 1960s but switched his allegiance to the political Islam of Ayatollah Ruhollah Khomeini, who went on to spearhead the 1979 revolution.

Like many of the Islamic Republic’s veteran political figures, Velayati earned his revolutionary spurs through dissident activity against the Iranian monarchy, suffering torture and imprisonment.

Velayati, who was 34 when the revolution toppled the Shah, put his medical qualifications to good use in the ministry of health before becoming foreign minister in 1981.

Velayati registered for the 2005 presidential election but withdrew in support of Rafsanjani, who was beaten by Ahmadinejad, then the relatively unknown mayor of Tehran, in a second-round run-off.