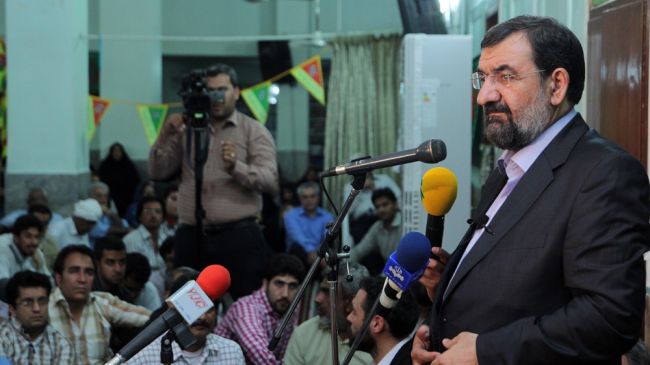 Iranian presidential candidate Mohsen Rezaei says strengthening ties with regional countries will be the priority of his administration’s foreign policy if he gets elected.

In a televised interview on Monday, Rezaei said he plans to bypass the current sanctions imposed on the Islamic Republic and avoid new sanctions by enhancing relations with regional countries.

“We will establish an Asian union by inviting the leaders of regional countries,” Rezaei stated.

The presidential candidate, who is currently the secretary of Iran’s Expediency Council, added that he plans to reduce inflation by addressing issues such as the budget deficit, economic sanctions, domestic production and subsidies.

Stressing his intention to continue certain economic policies such as the subsidy reform plan, Rezaei said he would add 650,000 rials to the amount of subsidies currently being paid to the people.