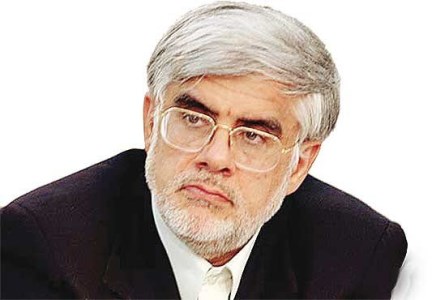 AFP – Iranian reformists are making a tentative return to mainstream politics with two candidates in Friday’s presidential election, despite the opposition being a shadow of the movement that briefly rocked the establishment in 2009.

Protests by the so-called Green Movement four years ago, over the controversial re-election of President Mahmoud Ahmadinejad, were harshly suppressed and its leaders condemned to house arrest where they still languish.

In 2009, the conservative establishment cracked down hard on reformists after they cried foul when Ahmadinejad was returned amid allegations of electoral fraud.

Main opposition leaders Mir Hossein Mousavi and Mehdi Karroubi have now been under house arrest for more than two years.

But pro-reform groups, whose representation in parliament also waned after a 2012 general election, are mobilising for this week’s presidential election.

Their hopes of making a firm comeback were dealt a severe blow when moderate ex-president Akbar Hashemi Rafsanjani, who could count on the support of both moderates and reformists, was barred from standing.

Another reformist former president, Mohammad Khatami, did not put his name forward following a veiled warning from the intelligence ministry for having backed the 2009 protests.

Rowhani, a 64-year-old moderate cleric, and Aref, 62, a former first vice president under Khatami, have emerged as the sole presidential standard bearers in the reformist camp.

Despite being considered long shots because of stiff competition from the five conservative candidates, including two close aides of supreme leader Ayatollah Ali Khamenei, Aref and Rowhani are urging voters to turn out on polling day.

“In all my travels, I call on young voters to cast their ballots because not voting is not a choice,” said Aref during campaigning.

As polling day draws closer, pressure is increasing on the two to join forces to boost their chances. Many reformist figures have asked Khatami and Rafsanjani to endorse one of the two.

The call seemed to resonate at least with Aref, who said he would “obey their decision”.

In 2009, Mousavi and Karroubi demanded a new election, but the regime showed no mercy as Ahmadinejad’s presidency was reinforced.

Since then the reformists have been increasingly sidelined.

Rowhani and Aref have inspired new hope among those people who had sworn not to vote, and who had even lambasted Khatami for voting in the 2012 parliamentary election.

“The presence of Rowhani and Aref in televised debates and their criticism of lack of freedom have helped revitalise the political climate,” said one journalist close to the reformers, who asked to remain anonymous.

“Now the regime is implying that it could accept a more important role for the reformists.”

Last week, the funeral of pro-reform cleric Ayatollah Jalaleddin Taheri in the central city of Isfahan was attended by thousands of the faithful calling for the release of Mousavi and Karroubi.

The first public outing of supporters since their confinement showed that grassroots activists were still present in Iran. Reformists can also count on a dozen national dailies, some of them among the largest in the country.

“If one of the two candidates, either Rowhani or Aref, makes it to the next round, their supporters can come together and create a true dynamic,” conservative political analyst Amir Mohebian told AFP.

That was “unlike the conservative candidates who during the campaign tore at each other,” he added. “In that case, the role of Rafsanjani and Khatami will be very important in mobilising the electorate.”