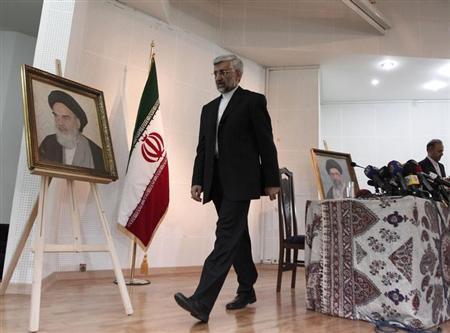 Analysis: Iran election hopefuls have no quick fix for economy 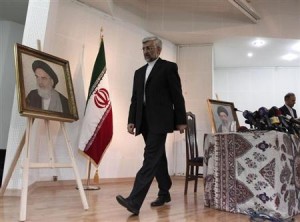 (Reuters) – If there is an issue at the core of Iran’s presidential election next month, it is whether the next president can jump start the economy and ease the deep financial pressures facing the majority of Iranians.

The eight candidates are locked in a battle for voters over who could mend the economy, a much deeper problem than four years ago when urban masses disputed the election result and took to the streets in protest.

“With inflation and unemployment in an upwards spiral, the main concern of voters is bread and butter issues. The average Iranian voter is now 38 years old and primarily concerned with securing a livelihood,” said Mohammad Shabani, an independent Iran analyst based in Britain.

President Mahmoud Ahmadinejad cannot stand again and will be replaced by one of the eight candidates, all approved by the Guardian Council loyal to Supreme Leader Ali Khamenei. They all accuse Ahmadinejad of mismanaging the economy over his two terms in office.

“The government is like a decrepit car and it is vital that we take away all the obstacles that are slowing its performance,” hardline presidential candidate Saeed Jalili, Iran’s chief nuclear negotiator, said last month.

“Our country is one of the most powerful in the region and our missiles can reach thousands of kilometers but we’re in need of chicken meat,” said candidate Mohsen Rezaie, former head of the Revolutionary Guards, during a campaign advertisement.

Hard-hitting sanctions imposed by the United States and its allies targeting Iran’s oil and banking sectors nearly halved oil revenues in 2012 to around 50-60 billion dollars. Iranian banks were disconnected from the global financial network, making payment transfers to or from Iran extremely difficult.

As a result, Iran’s currency has plummeted in value, bringing soaring inflation and unemployment as businesses struggle to adapt. Iranians now pay up to three times more for staple foods than they did 12 months ago.

“It is ridiculous. I never had to worry about buying fruits or groceries before but now even the middle-class citizens have to be careful,” 37-year-old Azin, a housewife and mother of two, living in Tehran said by telephone.

“We produce from time to time to pay our workers but that is the only motivation for working. We have no money to maintain the business, it is simply a matter of surviving,” said a poultry producer who halted regular production two months ago.

Official figures say unemployment stands at around 12 percent but is double among young people. Independent analysts indicate real figures may be a lot higher.

Ali, 28, lost his job with a Tehran-based computer business after sales dried up. A fluent English-speaker with programming skills, he found a two-month project working remotely for a Canadian company. He wants to emigrate.

“Right now I’m self employed and doing business abroad, because the rial can no longer cut it. I would rather do underpaid work in dollars than wasting time working for a local company,” he said by email.

Analysts say the combination of the economic ills and little fiscal expertise in government could be lethal over time.

“All the indices are downward and the country is crawling towards collapse but it is gradual. It doesn’t happen suddenly,” said Iranian-born economist Mehrdad Emadi of UK-based Betamatrix consultants.

According to estimates by the International Energy Agency, Iran lost out on around $40 billion in export revenues in 2012. The IEA says sanctions halved the country’s crude exports from levels of around 2.2 million bpd in 2011.

“Even with the sanctions, the government is raking in roughly double the average income from crude exports a decade ago,” said analyst Mohammad Shabani.

The issue is more one of foreign currency which Iran lacks.

Instead of hard currency, Iran now accepts alternative payment from key crude customers India and China, who supply a range of commodities and goods.

“Instead of money they said ‘take some goods’ and after that they (China) said ‘not any goods but the ones we specify’,” former president Akbar Hashemi Rafsanjani said in a leaked conversation, referring to Iran’s crude oil agreements.

“India now buys our oil very cheaply but it doesn’t accept to even pay in rupees,” he said in the remarks to his campaign team a day after he was blocked by the Guardian Council from running. The remarks were reported by opposition website Kaleme.

With little currency on hand, the government has tightened access to dollars at its standard rate of 12,260 rials. Dollars sell for three times as much on the open market.

Iran’s car industry, which accounts for around 10 percent of GDP, can no longer invest in key equipment because of restricted access to government dollars, say officials quoted in Iranian media. According to recent figures, production is now 50 percent of capacity, down to around 25,000 units per month.

Even as financial burdens are mounting at home, Iran is spending money abroad, prioritizing support for close ally President Bashar al Assad of Syria to maintain what it views as existential strategic interests.

“Syria is an ideological commitment that Iran has locked itself into but it comes at the expense of its domestic needs,” said economist Mehrdad Emadi. “It is a very tough choice.”

There is little reliable data at hand for how much the Islamic Republic spends on its commitments to aid Assad in a civil war that has killed 80,000 people over two years. Analysts say the cost of Tehran’s economic and financial aid probably runs into billions of dollars.

“Putting a dollar number on this is close to impossible, but if Qatar really spent more than a billion dollars so far helping the Syrian rebels then Iran’s contribution must be several times greater,” said Emile Hokayem, an analyst at the International Institute for Strategic Studies.

The Islamic Republic offers up to $4 billion in credit to Damascus to ease the pressures from international sanctions, which have devastated Syria’s oil exports, which are much smaller than Iran’s but still important for Assad.

Although cautious about discussing the topic, Iranians appear to be increasingly irritated by the extent of their charity. Last October, traders in Tehran’s Grand Bazaar shut their shops and joined impromptu demonstrations, criticizing their government’s policies and support for Assad.

The rial had lost 40 percent of its value in a matter of days which brought their business to a standstill.

“As long as there is a single needy person inside Iran, this money should be spent domestically. Iranians are suffering from worsening economic conditions, they should be the priority,” said 32-year-old Alireza, a Tehran resident.

But with foreign policy strategy solely the preserve of Supreme Leader Khamenei, aid to Syria is one of the many areas in which the new president will have little say.

“The question is not who will be president, but if anyone could succeed despite sanctions and widespread mismanagement and structural deficiencies embedded in Iran’s economy,” said Ali Dadpay, an Iran-born assistant professor at Clayton State University in the U.S. state of Georgia.

“Whoever comes to office needs to know his economics 101 pretty well.”