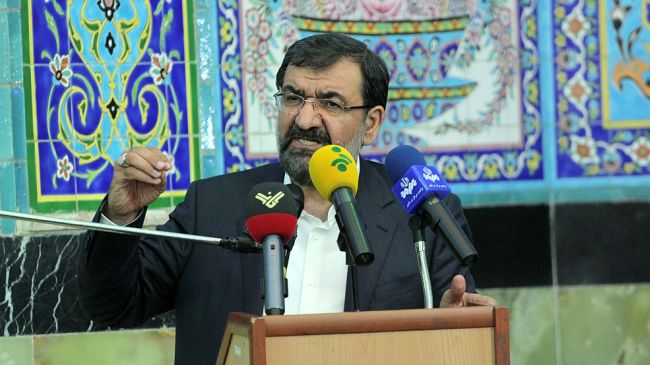 Iranian presidential candidate Mohsen Rezaei vows to employ young people in his administration and prepare them for future responsibilities.

“I regard the youth both as an asset and a resource for running the country and as a target; target in the sense that I consider it one of my duties to prepare the youth for the country’s future,” Rezaei said in a televised interview on Saturday.

Describing the youth as a necessary asset to see the country’s current conditions through, Rezaei added that he also plans to resolve the problems of the young people, particularly the issue of marriage by giving “marriage gifts” of up to 23 million tomans.

“We have identified all factories and enterprises that produce home appliances and can provide dowry, and will identify more after [we] take over the administration,” Rezaei explained.

“We give them this money to firstly boost their production, [and then] we ask them to give dowry in exchange for a coupon that we provide to couples,” he added.

Iranians will cast their ballots at over 66,000 polling stations across the country in the nation’s 11th presidential election. Expatriates will also be able to vote at 285 polling stations that will be set up in foreign countries.