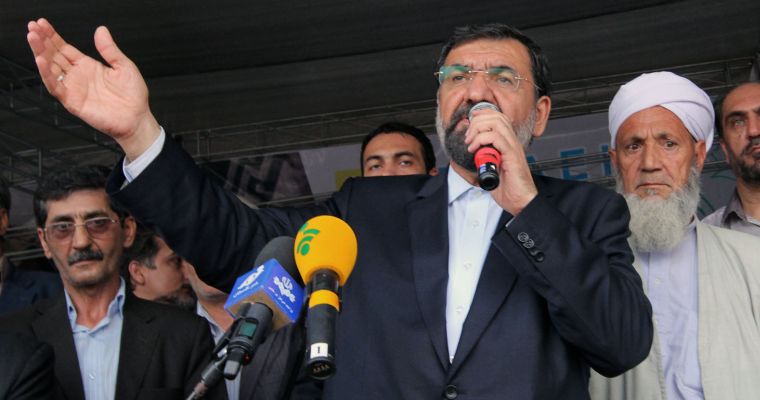 US will regret imposing sanctions on Iran: Rezaei

Addressing a crowd of supporters in the central city of Isfahan, the independent candidate argued that the Western embargoes have prompted Iran to develop and master technologies on its own, with the least or even without any assistance from the outside world.

Rezaei, currently the secretary of Iran’s Expediency Council, went on to say that the scenario orchestrated by the US and its allies to isolate Iran has been counterproductive.

The United States and the European Union used the allegation that Iran pursues non-civilian objectives in its nuclear energy program as a pretext to push the UN Security Council to impose four rounds of sanctions on the Islamic Republic between 2006 and 2010.

Iran has vehemently denied the allegations, citing religious prohibitions and a firm commitment to the Treaty on the Non-Proliferation of Nuclear Weapons (NPT).

Elsewhere in his speech, Rezaei urged the Iranian nation not to allow the country to fall into the hands of incompetent and indifferent individuals.