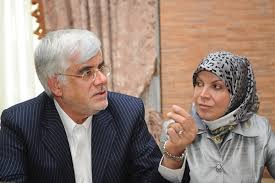 Iranian Presidential candidate Mohammad-Reza Aref has vowed to resolve the problem of unemployment and continue the subsidy reform program.

In a speech in the holy city of Mashhad on Saturday, Aref said he would resolve the country’s problems by using all the capacities of Iran’s Constitution.

“By implementing the subsidy reform plan I will put bread on the tables. I have come to eradicate inflation and create one million job opportunities every year,” the presidential candidate added.

The former Iranian vice president said he was a Reformist and reform means safeguarding the ideals of the Islamic Revolution, accountability and encouraging popular participation.