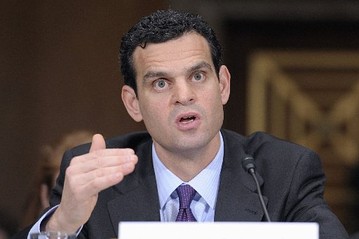 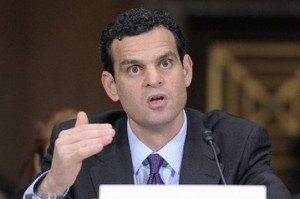 President Barack Obama issued the order June 3, and “the purpose of the one-month phase-in period is to give financial institutions currently holding rials the opportunity to dump them,” said Cohen, the Treasury Department’s undersecretary for terrorism and financial intelligence, in an interview today in Washington.

“The idea is to cause depreciation of the rial and make it unusable in international commerce,” he said. “On July 1 we will have the ability to impose sanctions on any foreign bank that exchanges rial to any other currency or that holds rial-denominated accounts.”

The move is intended to toughen sanctions that so far failed to press the Islamic republic to halt its nuclear program. According to the Treasury, the rial has lost more than two-thirds of its value in the past two years, trading at 36,000 per U.S. dollar as of April 30, compared with 16,000 at the start of 2012. That’s deprived Iran, the source of the world’s No. 4 proven oil reserves, of a large portion of energy revenue.

Obama’s order said the U.S. would impose penalties on foreign financial institutions that knowingly conduct or facilitate “significant transactions” for the purchase or sale of the Iranian rial. It was the ninth executive order that Obama has signed sanctioning Iran, which will hold presidential elections June 14.

The country, hit by financial and trade sanctions from the U.S. and the European Union, contends its nuclear program is for peaceful purposes and has refused to back down from what it calls its right to pursue the technology.

The administration has said its dual-track strategy on Iran seeks to impose sanctions while offering the Iranian government an opportunity to restart talks on its nuclear programs.