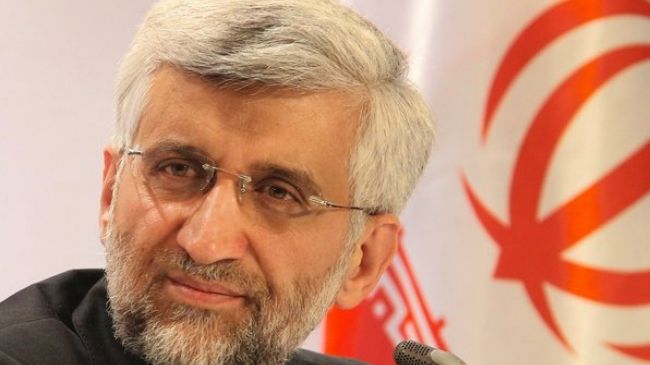 Presidential candidate Saeed Jalili says Iran is currently a regional power that is on a par with big powers, despite enemies’ efforts to impede the country’s progress and success.

“They [enemies] explicitly announce that the Islamic Republic of Iran has not only reached a stability, but is currently a regional power that is on a par with big powers,” Jalili said in an address to a gathering of people in the city of Varamin, Tehran Province, on Wednesday.

The principlist candidate cited pure Islam and the loyalty of the Iranian people as two main factors which have brought about the country’s progress and success.

“Pure Islam has been defined by [founder of the Islamic Republic] Imam [Khomeini] and Leader [of the Islamic Revolution Ayatollah Seyyed Ali Khamenei], whose gist is the Rule of the Muslim Jurisprudent. The second [factor] is the [participation of] people who have faith, and who have been allowed to make the most of their potentials,” he stated.

The secretary of the Supreme National Security Council said he deeply believes that many other problems can also be solved by these two factors.

He further underlined the need for “revolutionary management” to resolve the country’s problems, adding that such a management is a result of positive interaction among competent managers.

If this kind of management is realized, the presidential candidate added, officials in charge will do their best to manage the country’s affairs and will not simply focus on running the country based on their own interests.