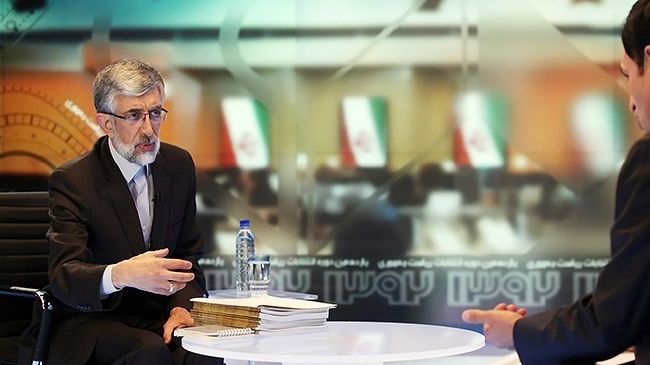 Iranian presidential candidate Gholam-Ali Haddad-Adel has blamed Iranian banks for fueling price hikes in the country, criticizing some of the banks for failing to assemble capital and use it effectively.

In a Monday question and answer broadcast live on TV, Haddad-Adel, who is a lawmaker, said Iranian banks have become greedy entities and investors, instead of accepting deposits from public or granting them loans.

The principlist candidate stated that some banks in Iran have become profiteers and greedy, saying that is why they are no longer interested in advancing low-interest loans to public or small businesses.

Haddad-Adel, a former Majlis speaker, also criticized the banks for granting huge loans to certain individuals who have defaulted on debt.

The candidate is a member of the principlist Coalition of Three along with Tehran Mayor Mohammad Baqer Qalibaf and former Foreign Minister Ali Akbar Velayati.