US axis of evil, supporter of terrorism: Iranian lawmaker 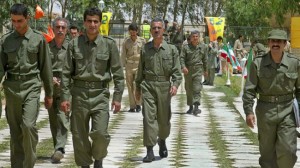 An Iranian lawmaker has criticized the US policy of using terrorism as a tool, labeling Washington as the axis of evil and a supporter of terrorism across the globe.

In its annual “Country Reports on Terrorism” released on Thursday, the US State Department accused Iran of supporting terrorism.

“The US is the axis of evil and the supporter of terrorism in the world. Certainly, the US allegation is aimed at covering up its recent measures in supporting the terrorist Mujahedin-e Khalq Organization (MKO),” said Baqer Hosseini, a member of Majlis National Security and Foreign Policy Committee.

He added that the US’ violation of human rights indicates Washington’s disregard for the principle, emphasizing that such claims are only used as a tool to put pressure on the world countries as the issue of human rights is not consistent with the performance of Western countries.

The West’s open support for terrorists is known to everyone; therefore the US cannot alter the situation in the region by publishing “false reports”, he stressed, adding that any country that stands up to the US is labeled as terrorist.

In early April, the MKO opened an office near the White House in Washington for the first time in 11 years. The MKO’s office, located a block from the White House, officially opened on April 11 only months after the United States formally removed the anti-Iranian group from the US list of terrorist organizations in September 2012.

The MKO is listed as a terrorist organization by much of the international community and has committed numerous terrorist acts against Iranians and Iraqis.

Out of the nearly 17,000 Iranians killed in terrorist attacks since the victory of the Islamic Revolution in 1979, some 12,000 have fallen victim to the acts of terror carried out by the MKO.