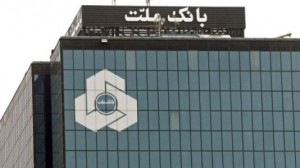 Bank Mellat, Iran’s largest private bank, has urged the European Court of Justice (ECJ) to quash a move by the European Council to have EU sanctions against it reinstated.

In January the European General Court ordered an end to European sanctions against the bank, claiming there was no evidence the lender had facilitated the Iranian nuclear programme.

The judgment was appealed by the European Council but the motion was filed outside the two month time limit allowed under court rules and came just days after a US official publicly urged the EU to reinstate sanctions against Iranian businesses.

The European Council claimed it should be allowed extra to file the appeal due to the ‘distance’ from the ECJ, an argument which was been rejected by Zaiwalla & Co, Bank Mellat’s London-based law firm. The European Council is based in the Belgian capital of Brussels, while the ECJ is based 186km away in Luxembourg.

Sarosh Zaiwalla, senior partner at Zaiwalla & Co says: “The EU must not be allowed to make such an outlandish interpretation of the “distance” provision in the ECJ court rules merely to further its own political goals at the expense of a private business cleared of wrongdoing.

“It is of primary importance for Europe as a whole that the court treats all parties equally and abides by the Rule of Law.”

London-based Zaiwalla has previously represented some high profile clients, including Al Shirawi Group, the Essar Group of India, the Dalai Lama and government officials from Hong Kong, Russia and Dubai.