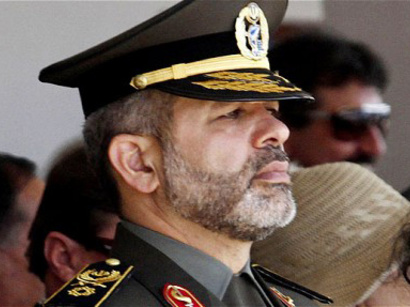 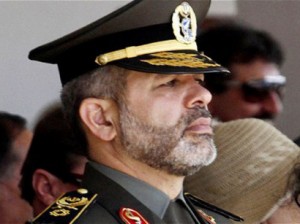 Iran’s defense minister says a resolution passed by the US Senate to support a possible Israeli attack against Iran is legally invalid and in breach of international regulations.

Brigadier General Ahmad Vahidi said on Wednesday that the resolution approved by the US Senate was of no value to the Islamic Republic.

“There is no doubt that the Israeli regime has survived so far because of the US support, but [the fact] that the US Senate publicly approves such issues in violation of all international law and principles encourages the [acts of] aggression by the occupiers of al-Quds,” Iran’s defense minister added.

“This matter is considered worthless by the Islamic Republic of Iran,” added Brigadier General Vahidi.

On May 23, the US Senate passed a resolution, urging Washington to support Israel should the Tel Aviv regime launch an attack against Iran.

According to the resolution, if Israel strikes Iran’s nuclear energy facilities, “The United States Government should stand with Israel and provide, in accordance with United States law and the constitutional responsibility of Congress to authorize the use of military force, diplomatic, military, and economic support to” the Israeli regime.

The so-called Senate Resolution 65 had been initially approved by the US Senate Foreign Relations Committee on April 16.

Following the adoption of the resolution by the single Senate committee, the American Israel Public Affairs Committee (AIPAC) said in a statement that, “The Senate Foreign Relations Committee has sent a very clear and enormously important message of solidarity with Israel.”

The resolution must be approved by the US House of Representatives and must later be signed by President Barack Obama before becoming law.

The United States, Israel and some of their allies have repeatedly accused Iran of pursuing non-civilian objectives in its nuclear energy program, with the Israeli regime repeatedly threatening to attack Iran’s nuclear facilities based on the unfounded allegation.

The Islamic Republic has also promised a crushing response to any act of aggression against the country.