Syria would not need Iran’s weapons 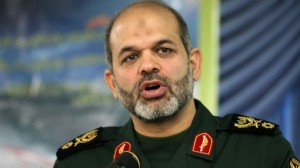 TEHRAN, May 29 (MNA) – Iran’s Defense Minister says Syria is powerful enough and there is no need that Iran gives weapons to Syria.

Brig. Gen. Ahmad Vahidi, who was speaking to the reporters in the sidelines of Cabinet meeting today, provided details of future unveiling of new airborne missiles, a home-built submarine, and opening of the space center.

Vahidi condemned the lifting the ban on sending weapons to Syria by the EU. “The act by the EU to develop terrorism in a sovereign country and destroy a country’s infrastructure is despicable,” he added.

“Boosting terrorism would not be acceptable for any country and it indicate that EU countries want to take down other countries with their own fall,” Vahidi said. He also believed that such acts would change the behavior of other countries in the region. “We should lend much care to the developments in order that the crisis soon ends,” he said.

In response to a question on EU countries’ claims that Iran sent weapons to Syria, Vahidi said that Syria is powerful enough and there was no need for Iran to give weapons to Syria, and that “we saw recently that the Syrian army was capable of fully clearing the several regions of terrorism.”

About Iran-Russia relations in Caspian Sea, Vahidi said that Islamic Republic of Iran viewed the region in a peaceful framework, expanding ties in the same framework.