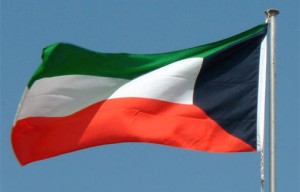 Cambodian and Kuwaiti diplomats exchanged views on issues of Syria, Iran and the Democratic People’s Republic of Korea (DPRK) on Monday, and both sides expressed desires to see peaceful solutions to all conflicts.

The discussion was made between Cambodian deputy prime minister and foreign minister Hor Namhong and visiting ambassador Mohamed Al-Roumi, director of the Asia department at Kuwaiti Ministry of Foreign Affairs.

In the meeting, Hor Namhong said that for the conflict in Syria, Cambodia wished not to see any Syrian civilians losing lives.

“The government of Cambodia has a firm stance to support the Russia-US initiative to press for the negotiations between the Syrian government and all parties concerned in the conflict in order to find a peaceful solution for the peace and happiness of the people of Syria,” he said.

For Iran, the top diplomat said Cambodia always supported the United Nations’ initiatives and decisions in preventing the proliferation of nuclear weapons.

“Cambodia absolutely opposes the proliferation of nuclear weapon, but we support the use of nuclear energy for peaceful target,” he said.

Also, the country has never supported the tests of missiles in the DPRK, he said, urging the DPRK to comply with the UN decisions.

Meanwhile, Mohamed Al-Roumi said that the Arab League and other countries in the region have been trying all their best to find a peaceful solution to the conflict in Syria.

He also expressed concerns over the nuclear program of Iran, which is Kuwait’s neighboring country.

Both sides also discussed ways to promote bilateral cooperation between Cambodia and Kuwait in economics, trade and tourism.