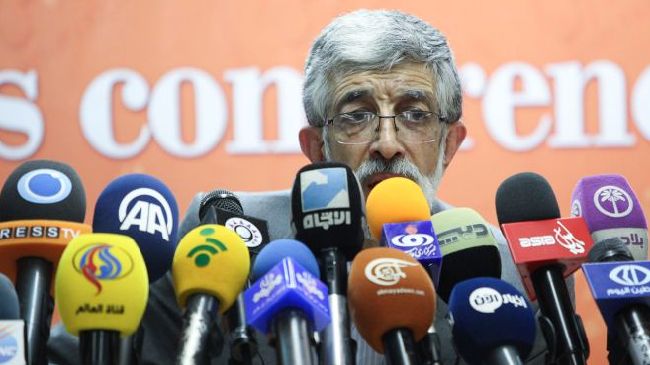 Haddad-Adel, who is also a Majlis lawmaker, said on Saturday that US officials are well-aware that Iran’s nuclear energy program pursues peaceful purposes, but they act as if it is otherwise.

The principlist candidate further stated that the Coalition of Three is still going strong and the group might soon choose a frontrunner for the upcoming election based on opinion polls.

Haddad-Adel is on the coalition’s list along with Tehran Mayor Mohammad Baqer Qalibaf and Ali Akbar Velayati, a senior advisor to Leader of the Islamic Revolution Ayatollah Seyyed Ali Khamenei.

The United States, Israel, and some of their allies have repeatedly accused Iran of pursuing non-civilian objectives in its nuclear energy program with the US and the EU using that unfounded allegation as pretext to impose illegal unilateral sanctions against the Islamic Republic.

Tehran rejects the allegation maintaining that as a committed signatory to the Non-Proliferation Treaty and a member of the International Atomic Energy Agency, it has the right to use nuclear technology for peaceful purposes.