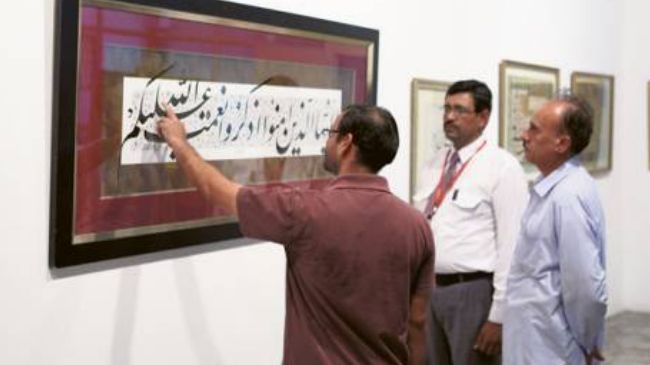 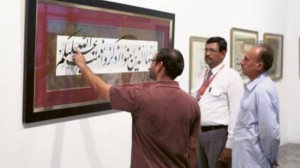 Two prominent Iranian calligraphers have been selected to serve as jury members in the 2013 edition of International Biennial of Calligraphy in Algeria.

Amir Ahmad Falsafi is slated to judge at the two sections of Classic Calligraphy and Modern Calligraphy (Calligraphy-painting) of the festival that will be held in the Algerian capital, Algiers.

At the Modern section, another Iranian artist Mahmoud Zendehroudi will also collaborate with the jurors.

Ahmad Ariamanesh and Ahmad Mazadi are Iranian representatives who will contend for award at the Competition section of the festival.

Nasta’liq is known as the most attractive Persian calligraphy style, broadly used in copying romantic and epic Persian poetry and literary manuscripts.

The 2013 Algerian calligraphy biennial is slated to kick off today on May 25 and will continue until June 5.