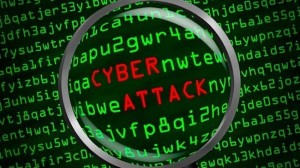 Iran has rejected Western media claims that the Islamic Republic has been involved in cyber attacks against other countries, calling for the reinforcement of international law to counter cyber-warfare.

In a letter to the New York Times published on May 22, Alireza Miryousefi, the head of the press office for the Iranian Mission to the UN, wrote, “Although Iran has been the recipient of protracted waves of state-sponsored cyberattacks attempting to target Iran’s civilian nuclear facilities, power grids, oil terminals and other industrial sectors, it has never taken countermeasures against the perpetrators of cyberattacks.”

A report by the American daily on May 12 accused Iran of having been involved in cyber attacks against Saudi Arabia and Qatar.

The Iranian official continued that, “Nor, contrary to the article’s assertion, has Iran ever engaged in such attacks against its Persian Gulf neighbors, with which Iran has maintained good neighborly relations,” the letter read.

Miryousefi further said that wrongful moves such as staging the Stuxnet attack against the Islamic Republic in 2010 has set a dangerous precedent in breach of certain principles of international law.

“Iran, as the current head of the Non-Aligned Movement and a responsible member of the international community, has been at the forefront of calls for strengthening international legal instruments against cyber warfare,” the Iranian diplomat added.

Miryousefi also underlined the need for collective international efforts to reach a comprehensive accord to establish cyber-security, a global issue which has surpassed national boundaries.

Stuxnet, first indentified by the Iranian officials in June 2010, is a malware designed to infect computers using a control system favored by industries that manage water supplies, oil rigs, and power plants.

In July 2010, media reports claimed that Stuxnet had targeted industrial computers around the globe, with Iran being the main target of the attack. They said the country’s Bushehr nuclear power plant was at the center of the cyber attack.

However, Iranian experts detected the virus in time, averting any damage to the country’s industrial sites and resources.

In response to such attacks, Iran launched a cyber defense headquarters tasked with preventing computer worms from breaking into or stealing data from the country’s maximum security networks, including nuclear facilities, power plants, data centers, and banks.