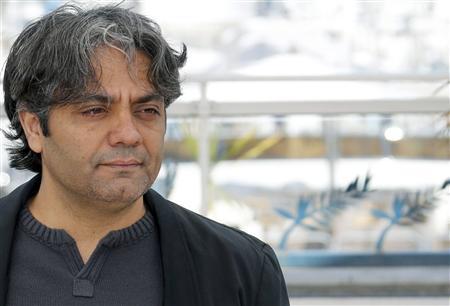 Iran filmmaker gets standing ovation for secret film at Cannes 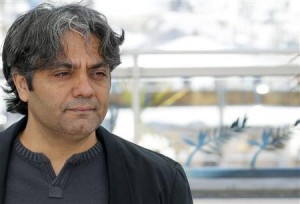 (Reuters) – An Iranian director who was jailed for anti-government propaganda in 2010 emerged at the Cannes film festival on Friday to premiere a new film about state oppression that he shot in secret in his home country.

Mohammad Rasoulof was found guilty of “actions and propaganda against the system” after trying to make a documentary about the unrest that followed the disputed re-election of President Mahmoud Ahmadinejad in 2009.

He was jailed for six years and banned from making films and leaving Iran for 20 years. But the sentence was later cut to one year on appeal, and the travel and film bans were lifted.

His new film “Dast-Neveshtehaa Nemisoosand” (Manuscripts Don’t Burn) received a standing ovation at a press screening in the French Riviera resort of Cannes on Friday.

Rasoulof said it was based on the real-life story of 21 Iranian writers and academics travelling on a bus who survived a botched attempt on their lives, which he described as a “dark episode” in the Iranian intellectual community.

It focuses particularly on one author secretly writing his memoirs about his time as a political prisoner and the authorities’ attempts to destroy his work.

Rasoulof said the film would never be shown in Iran due to its subject matter. He did not seek a permit to shoot it, knowing it would be refused, and struggled to get a cast and crew together.

“It took us two years in order to get together those individuals who could do the performing and also who would accept to do this and cooperate with us,” Rasoulof told Reuters television in an interview in a garden near Cannes’ waterfront.

The film has no credits. “We decided collectively to remain anonymous as long as possible as we knew there could be consequences,” said Rasoulof, who intends to return to Iran shortly.

The screening had been surrounded by secrecy since organizers announced in April that a new Rasoulof film would be appearing at the 66th Cannes festival.

Festival president Gilles Jacob described the festival as a “land of welcome”, citing efforts over the years to provide a platform and refuge for filmmakers around the world who are harassed or censored by their governments.

Rasoulof’s previous film “Goodbye”, about a young Tehran lawyer trying to get a visa to leave Iran, won the best director prize in the Cannes sidebar section for emerging and more innovative filmmakers, Un Certain Regard, in 2011.

His wife had to collect the award as Rasoulof was on bail in Iran at that time pending his appeal against his jail sentence.

“Manuscripts Don’t Burn” is also featured in Un Certain Regard. This year’s winners for that section will be announced on Saturday.

Another Iranian film, “Le Passe” (The Past), by Asghar Farhadi, which is set in France and involves a complex domestic drama, is competing against 19 other movies in the festival’s main competition.