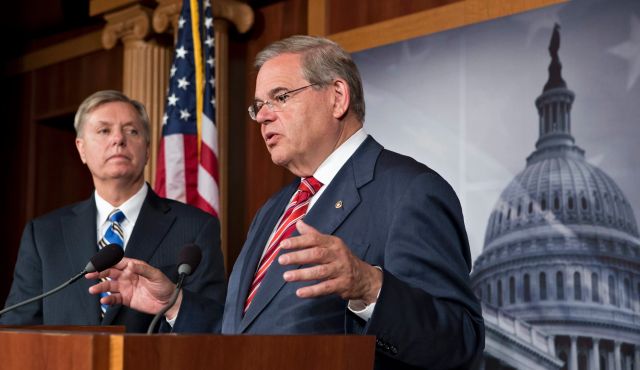 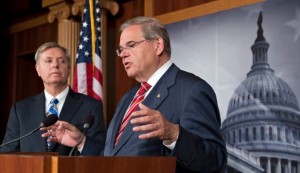 A U.S. House of Representatives committee approved legislation on Wednesday seeking to impose tighter sanctions on Iran – and affirm its support for Israeli self defense – in the latest congressional effort to slow development of the Islamic Republic’s disputed nuclear program.

The “Nuclear Iran Prevention Act of 2013” passed the House Foreign Affairs Committee by a unanimous voice vote and is expected to easily pass the full 435-member chamber, where it already has about 340 co-sponsors. A vote by the Republican-controlled House is likely within the coming weeks.

The measure seeks to cut Iran’s oil exports to less than 500,000 barrels a day, limit Tehran’s access to foreign currency and expand the list of blacklisted sectors of Iran’s economy. Sponsors called it the strongest sanctions package ever against Iran’s nuclear program.

The United States believes Iran is enriching uranium to levels that could be used in nuclear weapons. Tehran says its nuclear program is intended for producing power and medical supplies. Iran is already under sanctions by the United Nations, the United States and the European Union over the program.

Republican and Democratic U.S. lawmakers have both been pushing President Barack Obama’s administration to do more to crack down on Iran’s nuclear program.

A U.N. report showed on Wednesday that Iran was pressing ahead with constructing a nuclear reactor that Western experts say could offer it a second way of producing material for a nuclear bomb if it decides to make one.

There is not yet a companion Senate bill to the House measure, but the Democratic-led Senate voted 99-0 – with one senator not present – later on Wednesday on a resolution urging Obama to strengthen enforcement of existing sanctions on Iran. The measure also resolved that the United States should support Israel if it were forced to defend itself from an Iranian nuclear threat.

A bipartisan group of senators introduced separate legislation earlier this month that would block Iran’s access to billions of dollars worth of foreign currency reserves.

Robert Menendez, chairman of the Senate Foreign Relations Committee and a sponsor of the resolution that passed on Wednesday, said after that vote he was working on legislation for what he called “perfecting” sanctions to fill loopholes in existing restrictions on Iran.