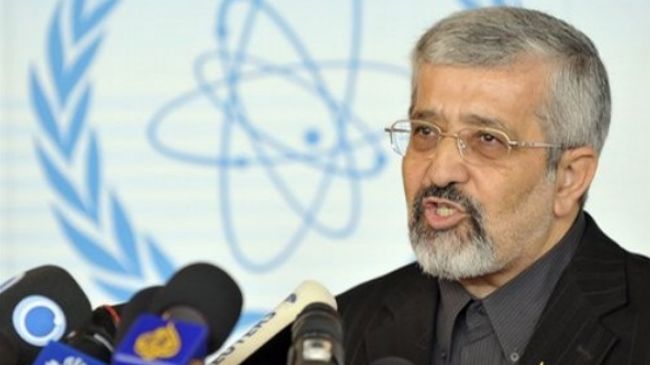 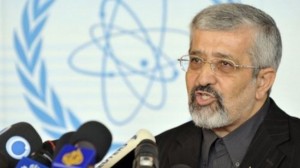 The Iranian ambassador to the International Atomic Energy Agency (IAEA) has reiterated the peaceful nature of the country’s nuclear energy program, saying that Tehran is determined to continue its cooperation with the IAEA.

“After 10 years of the most robust inspection in the history of the IAEA, no evidence of diversion of nuclear material or nuclear activities to the prohibited purposes have been found and everything remains peaceful,” Ambassador Ali Asghar Soltanieh told Press TV in an exclusive interview on Wednesday.

The Iranian official made the remarks in response to a new IAEA quarterly report that reflects accusations made by the United States, Israel and some of their allies against the Islamic Republic of pursuing non-civilian objectives in its nuclear energy program.

Though strongly rejected by Tehran, the allegations have been used as a pretext by the US and the European Union to impose illegal sanctions against Iran.

Soltanieh stressed that IAEA inspectors’ failure to find any diversion in Iran’s nuclear activities “is in fact a very clear document to prove that all those allegations against Iran are forged and fabricated.”

He reemphasized Iran’s “political determination to work with the IAEA in order to remove any ambiguities” regarding its nuclear energy program, noting that Tehran’s participation in negotiations on the so-called ‘possible military dimension’ is beyond its obligations under the nuclear Non-Proliferation Treaty (NPT).

Iran and the IAEA have so far held 10 rounds of negotiations over the Islamic Republic’s nuclear energy program since early 2012.

Tehran maintains that as a committed NPT signatory and a member of the IAEA, it has the right to use nuclear technology for peaceful purposes.