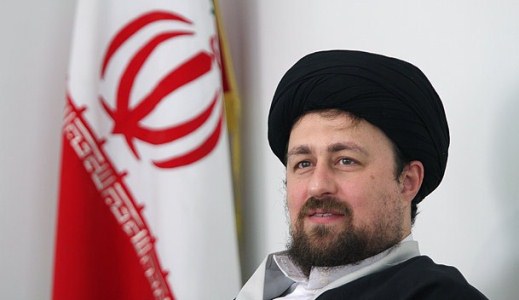 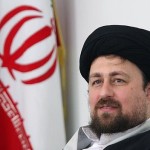 21 days to the presidential vote, election stories are as follows: Khomeini grandson’s praising letter to Rafsanjani; Sadeq Larijani’s remarks on the role of Judiciary in the upcoming presidential election; Mashaei’s head of campaign’s trip to Lebanon and Political science professor’s comments about Hashemi’s unwillingness to participate in presidential election.

In a letter to Akbar Hashemi Rafsanjani, Ayatollah Khomeini’s grandson, Hassan Khomeini has praised his influential role in the Islamic revolution in Iran, expressing regret of his removal from the upcoming presidential elections by the Guardian Council, Jamaran reported.

Zahra Mostavai Khomeini, daughter of Ayatollah Khomeini, has also criticized the recent decision by the Guardian Council to bar former president Akbar Hashemi Rafsanjani from running in the presidential race, calling for the Supreme leader to revoke the Council’s decision.

Iran’s Judiciary Chief Ayatollah Sadeq Amoli Larijani has called presidential election as the most political issue of the country, adding the Judiciary’s role is to prevent and deal with electoral offenses, Fars said.

Mashaei’s head of campaign to go to Lebanon

According to Mehr, Cleric Bahman Sharifzadeh, who was known as the Mashaei’s head of campaign staff prior to his removal form the presidential race, is planning to go to Lebanan.

Reportedly, Sharifzadeh has twice been called to Iran’s special Clergy Court in this week.

Rafsanjani made a vow to be disqualified: Zibakalam

Iranian Political Science Professor Sadeq Zibakalam has said to Khabar Online that Hashemi Rafsanjani has truly made a vow to be disqualified by the Guardian Council, adding that he initially did not intend to participate in the presidential election.