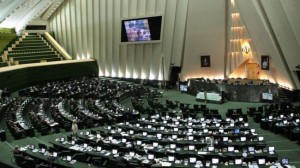 A view of Iran Majlis

A senior Iranian lawmaker has called on the Principlist presidential hopefuls to team up, and pick a nominee with the highest approval rating as their frontrunner for the June 14 election.

Chairman of Iran Majlis National Security and Foreign Policy Committee Alaeddin Boroujerdi said Tuesday that the Principlist camp would step into the upcoming presidential race with at least four candidates.

He noted that Principlists can avoid splitting the vote and improve their chances of winning if they agree on one candidate.

Principlist lawmakers predict the upcoming presidential race will be between three candidates: one Principlist, one reformist and one independent.