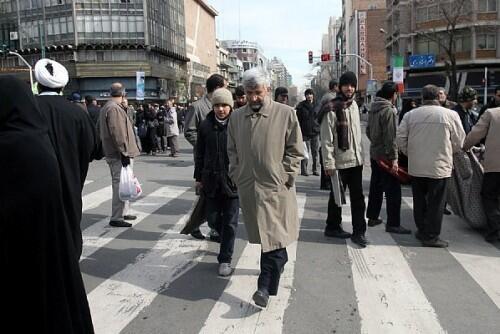 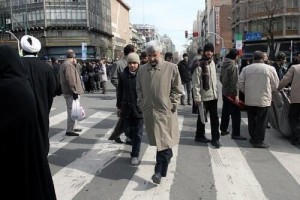 Image From Saeed Jalili’s Twitter Campaign: ‘The Coalition Of The People + 1

After ten days of intense speculation, the Guardian Council is expected to release its final list of candidates for the June Presidential election today. The supervisory body is expected to pass the list to the Interior Ministry, who will make an announcement to the media.

Key questions include whether the Guardian Council will allow former President Hashemi Rafsanjani to run or whether it will find a way to disqualify him. On Monday, the Council’s spokesman announced that candidates would be assessed on grounds of “physical condition” — likely a hint that the 78-year-old Rafsanjani could be barred from the race on grounds of age.

The question also remains whether the Guardian Council will allow outgoing President Ahmadinejad’s right-hand man, Esfandiar Rahim-Mashaei — whom his critics say is part of a “deviant current” and who has caused controversy with statements on key issues from Islam to foreign affairs — to run. Ayatollah Mohammad Mesbah-Yazdi, for example, has dubbed Mashaei’s remarks “inappropriate”.

Meanwhile, Supreme National Security Council secretary Saeed Jalili continues to forge ahead as a front-runner, with his main rival from the Perseverance Front, Kamran Baqeri Lankarani, announcing he was withdrawing from the race on Monday.

We will post an analysis of these questions and their significance later this morning.

Presidential candidate, Ali Akbar Velayati, has declared that the Principlists will “ultimately choose one candidate” to represent them in the forthcoming election.

These latest comments by Velayati, who is a member of the principlist 2+1 Coalition designated by the Supreme Leader to find a “unity candidate” five months ago, come after Gholam-Ali Haddad-Adel yesterday raised the possibility of the 2+1 Coalition “negotiating” with the apparent front-runner Saeed Jalili.

Digarban reports that a number of clergy and non-clergy supporters of the current President, Mahmoud Ahmadinejad, were arrested by security forces yesterday. The website, Network of Iran, which is close to Ahmadinejad, called the arrests “irrational and unjustified” and questioned their “justification.”

Ahmadinejad’s chosen successor and presidential hopeful, Esfandiar Rahim-Mashaei, suggested they would appeal directly to the Supreme Leader to resolve the situation.

Former President and Presidential candidate Hashemi Rafsanjani has used his Twitter account to hit back at his rivals.

Earlier today, Rafsanjani subtly hit back at criticisms that he was too old to run.

The former President later on Tuesday made a far more direct attack — albeit without naming specific individuals — saying that “the attempts of some Principlist media outlets, especially those belonging to the establishment, to defame and destroy their rivals in the elections is amazing.

Mortazavi also announced that those candidates allowed to run would be permitted to begin election campaigning at 8 a.m. Tehran time (3.30 a.m. GMT) on Friday. Campaigning will continue for 20 days.

Presidential Election Watch: Jalili Edition — Saeed Gets Down With The Kids

Fars News, which has apparently been backing Jalili for days, is now going as far as to direct readers to his campaign website in its news reports.

Following speculation on Monday that the Guardian Council could disqualify him on grounds of age, former President Hashemi Rafsanjani hit back subtly this morning via Twitter.

Citing Ayatollah Vaez Mousavi, the representative of Iran’s Assembly of Experts, Rafsanjani tweeted that Grand Ayatollah Ali Araki — considered to be the world’s most eminent Shiite cleric — had continued in his work until age 100.