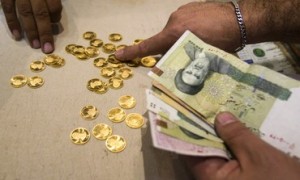 The U.S. is trying to stop the gold rush to Iran in a bid to undermine the Islamic Republic’s plummeting currency, but critics say the move is more likely to hurt ordinary citizens than the rogue regime’s leadership.

A top Treasury Department official told lawmakers that, starting July 1, the U.S. plans to crack down on all transfers of gold to the Iranian government or its citizens. The move appears aimed largely at banks and gold brokers in Turkey and the United Arab Emirates. Companies operating from within those nations have shipped large amounts of gold to Iran as Tehran attempts to stabilize its currency, the rial, amid increasing international economic isolation.

“We have been very clear with the governments of Turkey and the UAE and elsewhere, as well as the private sector that is involved in the gold trade, that as of July 1 all must stop, not just the trade to the government,” Treasury Undersecretary for Terrorism and Financial Intelligence David Cohen told members of the Senate Foreign Affairs Committee last week.

The rial has lost two-thirds of its value against the dollar since late 2011, largely as a result of U.S.-led sanctions targeting the banking system and oil exports. The sanctions are in response to Iran’s ongoing nuclear weapons program. The U.S. can impose sanctions on foreign companies that violate the Iran policy, as long as those companies also seek to do business with parties in the U.S. To date, the Obama administration has not penalized any companies in Turkey or the UAE for trading in gold with Iran.

“There’s a tremendous demand for gold among private Iranian citizens, which in some respects is an indication of the success of our sanctions,” Cohen said. “They are dumping their rials to buy gold as a way to try to preserve their wealth. That is, I think, an indication that they recognize that the value of their currency is declining.”

Some economists questioned whether the gold squeeze can be effective against the Islamic regime.

“It is not clear to me that banning the sale of gold to private Iranian citizens is going to increase pressure on the Iranian government,” Milken Institute economist Komal Sri-Kumar told FoxNews.com. “While banning the sale of essential goods and service has a depressive effect on an economy, banning gold sales simply removes one safety valve that the residents would have had.

“It means, then, that the rial cannot be used by residents to purchase gold.  They have to use the currency to buy domestic real estate, goods and services to hedge against inflation. In turn, this would probably hurt residents more than it would the rulers,” he added.

In February, the Central Bank of Iran claimed that the country holds 907 tons of gold — roughly worth $17.5 billion — in reserves. Officials for the agency added in reports that the nation had purchased gold in recent years at an average of $600 per ounce. While gold reached a price of three times that during its recent run, it has fallen below $1,400 per ounce.

The new effort is the latest in sanctions imposed by the U.S. and Europe against Iran. In 2011, a sanctions law was signed by President Obama that led a full embargo on crude oil and gas products which cost the Iranian government of billions of dollars in revenue.

But many agree that the most likely to suffer from the embargo will be ordinary citizens and not the regime.

“Our position is that economic sanctions should target the government and not the entire people,” Hadi Ghaemi, executive director of the International Campaign for Human Rights in Iran, told FoxNews.com. “Crippling sanctions will hurt average Iranians, strengthen the regime, and play into their hands by blaming misery of the people and all of the government’s shortcomings on the West.

“We wish to see targeted sanctions against the regime and its officials, not the entire people of Iran,” he added.”We already have serious shortages in medical, food and industrial sectors of Iran with Iranian people paying a heavy price, while the regime’s cronies getting richer due to the economic environment created through black market, smuggling and inflation.”