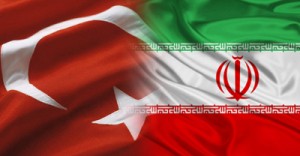 Ankara has given the green light to Iran’s long-debated participation in a Geneva conference on the future of Syria, stating “we are not opposing any side.”

“The most important thing is the parameters of the conference. If it [Iran] accepts those parameters, then we will take its participation into consideration,” diplomatic sources told Today’s Zaman.

According to the sources, Ankara’s views on the participants of the second Geneva meeting have not yet been determined.

“Of course, the position of the Syrian opposition and the members who plan to join the conference are also extremely important. Apart from the participants of the first Geneva meeting, we will see who, and also for what reasons, will be involved [in the second meeting],” the sources noted.

The second Geneva meeting, which will reportedly take place in early June, comes after the first meeting in Geneva last summer. In addition to the permanent members of the UN Security Council — the US, the UK, France, Russia and China — Turkey, Qatar and Kuwait also participated in the first Geneva peace talks. UN General Secretary Ban Ki-moon, former UN Envoy for Syria Kofi Annan and EU High Representative for Foreign Affairs and Security Policy Catherine Ashton also contributed to the talks.

When Washington and Moscow initiated plans to convene world powers for second Geneva conference in June to discuss the recent developments in Syria and to yield a breakthrough to the two-year-long crisis in the country, the main concern became whether Iran, which along with Russia is highly supportive of Bashar al-Assad’s regime in Syria, would participate.

While Moscow backs Iran’s participation in the meeting, France harshly rejected this, saying on Friday that it would oppose a Syria peace conference if Assad’s regional ally Iran is invited, clouding prospects for a US-Russian initiative to end the two-year war.

However, Russian Foreign Minister Sergei Lavrov said on Thursday that Iran must take part in the proposed international conference to end Syria’s civil war, calling the country an important actor for the talks. Washington’s position on Iran’s involvement in the Geneva talks has not yet been announced.