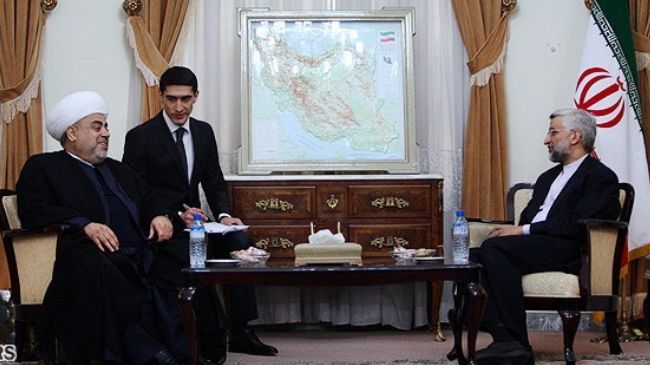 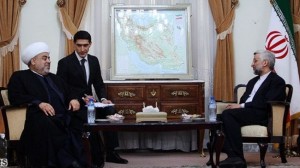 Secretary of Iran’s Supreme National Security Council (SNSC) Saeed Jalili has warned against major powers’ plots to destabilize the region, urging regional states to make use of their national capacities to foil such bids.

Big powers hatch plots to create instability through various means including terrorism and the misuse of democracy, Jalili said in a meeting with Chairman of the Caucasus Muslims Office Sheikh-ul-Islam Haji Allahshukur Pashazadeh in Tehran on Sunday.

He praised deep-rooted amicable relations between Iran and Azerbaijan and expressed Tehran’s readiness to strengthen cooperation with Baku.

”The Islamic Republic of Iran regards Azerbaijan’s independence, progress, and stability as its own stability and advancement and like in the past it will spare no effort in this regard,” Jalili stated.

The SNSC secretary added that religious and Islamic capacities in Azerbaijan are the best support for the country’s territorial integrity, progress and security and called on Baku to utilize such potential to settle woes.

Pashazadeh, for his part, said the Iranian and Azerbaijani nations have brotherly relations with historical bonds and added that his country would not allow enemies to sow the seeds of discord among neighboring countries.