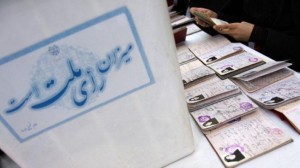 Iran’s Central Supervisory Board of City and Rural Council Elections will announce the final list of approved hopefuls for the upcoming city and rural council polls in June.

Abdolreza Mesri, the spokesman for the board, said on Monday that the final list of candidates would be announced on June 2.

Meanwhile, Mohammad-Javad Kolivand, the head of the supervisory board, said that the board would respond to the complaints of those hopefuls who have not been approved by May 25.

The supervisory body said on Sunday that up to 95 percent of the nearly 300,000 hopefuls who signed up for the upcoming city and rural council elections have been approved.

The 4th city and rural council elections are scheduled to be held on June 14, concurrent with Iran’s 11th presidential poll.

The city and rural Islamic councils are local establishments that are elected by public vote in all cities and villages across the country. Council members in each city or village are elected for a four-year term.

The councils are tasked with helping the Islamic Republic’s social, economic, cultural and educational advancement by encouraging public cooperation.