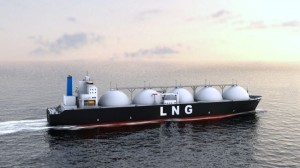 Mostafa Kashkouli said Saturday that Iran swapped more than 100,000 tons of oil products in the previous year and that it planned to boost its swap volume.

“The swap of oil products, including gasoline, diesel and liquefied natural gas (LNG), will increase by 30 percent this year compared to the previous year,” he said.

Kashkouli said that Iran has, for the first time, expressed readiness to do a swap deal for LNG with Caspian Sea littoral states.

According to the official, the liquefied gas shipments will be offloaded at Neka port in northern Iran and the equivalent amount of oil will be delivered to foreign buyers in Bandar Abbas and Mahshar ports in the Persian Gulf in southern Iran.

He also said that in the previous year the main part of Iran’s oil product exports was diesel, which was delivered to neighboring countries such as Iraq and Afghanistan.