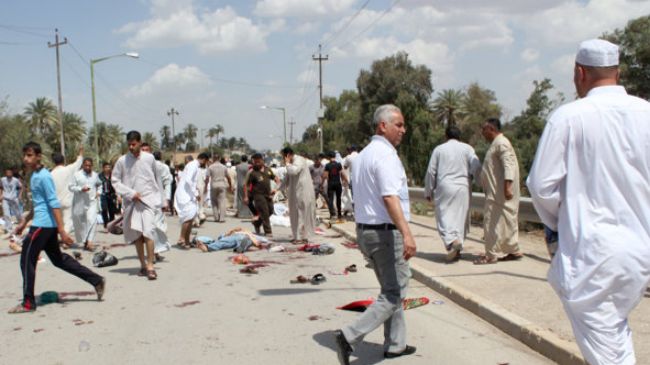 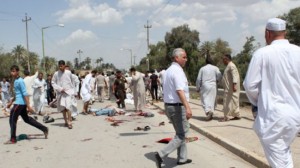 Iraqis gather at the scene of a bomb attack in Baqouba, northeast of Baghdad, Iraq, Friday, May 17, 2013.

Nearly 70 people were killed and 100 others injured in four bomb attacks in Iraq.

Araqchi said that the terrorist attacks took place at a critical time for both Iraq and the region, adding they were part of plots hatched by terrorists and their supporters to destabilize Iraq and make the country insecure.

“The terrorist acts are carried out with the aim of fueling sectarianism and turning political disagreements into sectarian clashes,” he pointed out.

The Iranian official said that “national solidarity” and “vigilance” of Iraqi people and political groups would undoubtedly foil enemy plots.

He also reiterated Iran’s support of its neighbor, saying, “In line with its fundamental policy of backing the Iraqi nation and government, the Islamic Republic of Iran stresses its support for the Iraqi government’s counterterrorism measures … and announced readiness to contribute to the restoration of Iraq’s security.”