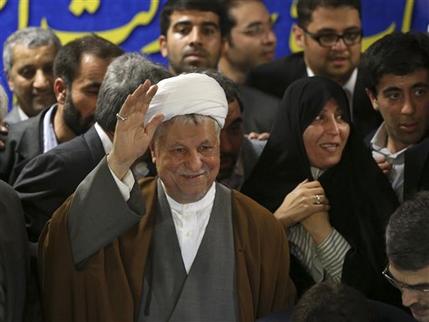 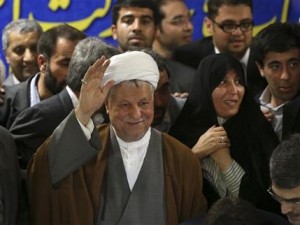 TEHRAN — There was a time when Ali Akbar Hashemi Rafsanjani seemed to have it all. A founder of the Islamic Revolution, he headed a family empire that owned the second biggest Iranian airline, Mahan, had a near monopoly on the lucrative pistachio trade and controlled the country’s largest private university, Azad.

But then things started to go wrong. Iranians, angered by his wealth, back-room dealings and supposed involvement in the killing of dissidents, nicknamed him “Akbar Shah,” after the old Persian rulers who sat on velvet cushions in lush courtyards. Political rivals, jealous of his grip on the economy, seized on his support for reformists and labeled him an “aristocrat,” a “capitalist” and a supporter of “American Islam”

His political stock fell so low that in 2002 he could not even muster the votes to win a seat in Parliament. He suffered a humiliating defeat at the hands of Mahmoud Ahmadinejad in the 2005 presidential election, and two of his children ended up in jail. His speech in favor of greater freedom during the 2009 protests alienated him from Iran’s conservative clerics and military commanders.

Now, from the fringes of Iran’s closed circle of power, Mr. Rafsanjani, 79, is attempting a comeback, entering his name last Saturday for the June 14 presidential elections. Though once widely reviled, his reputation as an economic pragmatist and modernizer — by Iranian standards, anyway — seems to be hitting a responsive chord with the public.

“He is the only one that can fix this mess,” said Farshad Ghorbanpour, a journalist who spent several months in jail for his ties to the opposition. “This man is an icon of our revolution. He owns the shop, so to speak. He will fix the economy.”

Tired of Iran’s stumbling economy and galloping inflation rate, most Iranians yearn for policies that stimulate business while lowering the prices of staples, real estate and foreign exchange. While generally fed up with politics, many in Tehran say that Mr. Rafsanjani, whose policies as president formed the basis for Iran’s modern day middle class, is the man for the job.

“He is a master of economy, and at the moment my business is doing really bad,” said Hasan Sarhangi, 35, a trader from the poorer southern part of Tehran. “We have no one with his qualities. He can make us rich again.”

If approved as a candidate — and that is by no means assured — Mr. Rafsanjani is likely to find himself walking a tightrope, trying to address his natural constituency of dissatisfied urban Iranians who want more freedoms and realistic economic policies while not further alienating the country’s leaders, many of whom say he should be tried for corruption and links to the opposition.

A close associate of the Islamic republic’s founder, Ayatollah Khomeini, and president from 1989 to 1997, Mr. Rafsanjani was once the nation’s kingmaker, said to have brought the supreme leader, Ayatollah Ali Khamenei, to power after Ayatollah Khomeini’s death. It is only that pedigree, most analysts agree, as well as Ayatollah Khamenei’s continuing support, that has allowed him to survive his fall and even hope to fight his way back into power.

And even then, the road back is bound to be treacherous. Iran’s intelligence minister, Heydar Moslehi, an appointee of Ayatollah Khamenei’s, recently warned Mr. Rafsanjani not to become a candidate. The only reasons Mr. Rafsanjani was not under house arrest for his speech in 2009, the minister said, were “certain considerations by the system,” meaning his relationship with the supreme leader.

“Do not make the mistake to think the role you have played is forgotten by the revolution,” said Mr. Moslehi, referring to the 2009 protests.

Another hurdle is whether the Guardian Council, an evaluating body whose 12 members are appointed by Ayatollah Khamenei, as well as the head of the judiciary, and confirmed by Parliament, will even allow Mr. Rafsanjani to participate in the elections.

On Tuesday, 100 members of Parliament sent a letter to the Guardian Council, asking its jurists and clerics to reject Mr. Rafsanjani’s candidacy, calling him a “seditionist” for “supporting” the 2009 protests.

Nevertheless, despite their longtime ties, the two men have fundamentally different ideas regarding the state the country is in.

For years now, Mr. Rafsanjani has been arguing that Iran faces the threat of “Islamic fascism” and is in a “dangerous crisis,” while the supreme leader insists that Iran is a “beacon of freedom” and is making “astonishing leaps of progress.”

The effect is to severely limit what Mr. Rafsanjani can say in any campaign, analysts say. Not only does his relationship with Ayatollah Khamenei limit him from bluntly addressing the issues facing the country, Ayatollah Khamenei’s supporters are eager to label any potential criticism as an insult of the supreme leader, which is illegal under Iranian law.

But Mr. Rafsanjani is plainly dependent on the support of his old friend. In an interview with the reformist Shargh newspaper on Sunday, his daughter Fatemeh described how her father had waited next to the phone all day on registration day for Ayatollah Khamenei to call and give his blessing for his candidacy. He had earlier said he would not run without it.

The phone did not ring, and Mr. Rafsanjani had given up hope and had ordered his staff to write a letter explaining why he had not joined the race.

There are different versions of what exactly happened, but around half an hour before the closing of the registration period, Fatemeh said that her father suddenly rushed out of his office and said, “In the name of God, let us go!” barely making it in time for registration.

“We don’t know if Mr. Khamenei clearly gave his blessing,” said one Iranian journalist close to Mr. Rafsanjani’s camp, who asked to remain anonymous because of the sensitivity of the situation. “But I guess we will find out soon.”