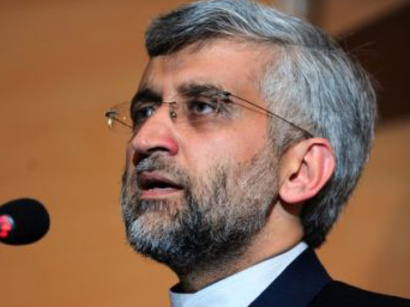 Iran today: A week in the presidential election 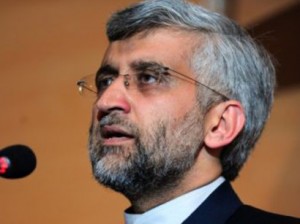 Joanna Paraszczuk and Scott Lucas write: In the week since registration for Presidential candidates closed and the Guardian Council began vetting the almost 700 Iranians who submitted their names, Iran’s media has been dominated by two contenders: former President Hashemi Rafsanjani and chief nuclear negotiator Saeed Jalili.

However, with the Supreme Leader’s 2+1 Coalition yet to declare any “unity” candidate, the question now is who will be able to mobilize significant support within the regime to counter Rafsanjani.

So far, only Jalili has emerged as a front runner.

Just as significant is the apparent confusion in the principlist and conservative camp. Although talk of a “unity” candidate is ongoing, no figure apart from Jalili has shown the organization and initiative to offer an alternative to Rafsanjani.

The Supreme Leader’s top advisor Ali Akbar Velayati has yet to make a visible impact, as has MP and Khamenei relative Gholam-Ali Haddad-Adel. When the Guardian Council announces the final list of candidates on Tuesday, the two men and the Supreme Leader’s camp will face an immediate decision: either one of them will have to step down in favor of the other, or both will have to withdraw to support the third member of the 2+1 Coalition, Tehran Mayor Mohammad-Baqer Qalibaf, but as these men continue the struggle over the next 72 hours, Jalili will be expanding his media effort and he is gathering key endorsements to extend that impact even farther.

Fars News — close to the Revolutionary Guards — has already made Jalili their de facto candidate through headline coverage, so the choice is nearing for the 2+1 Coalition to either ask Jalili to become their “unity” candidate, or rally behind a single person strong enough to oppose him.

Meanwhile, the Ahmadinejad camp has also failed to have an impact so far, through its candidate Esfandiar Rahim-Mashai.

Mehr News reports that presidential candidate and nuclear negotiator Saeed Jalili’s student campaign center has been established in Imam Sadiq University in Tehran. Jalili is an alumni of the college.

Continuing his media campaign, Jalili published his first newsletter, in which he asks why people should vote for him. Jalili points to his extensive experience in politics and diplomacy.

Jalili’s Twitter campaign has continued to focus on international affairs as well as domestic concerns. In a hint that principlist factions should unite behind a unity candidate, Jalili’s campaign team tweeted:

We should all emphasize on unity and consider it as our shared objective and policy.#Iranelection #Iran #Jalili

Meanwhile, Fars News reports that students have created a “Justice Seekers” movement in support of Jalili.

Leading cleric Mehdi Taeb has warned President Ahmadinejad that if he refuses to support the Presidential elections after the disqualification of his right-hand man Esfandiar Rahim-Mashai, Parlaiment will vote him out of office.