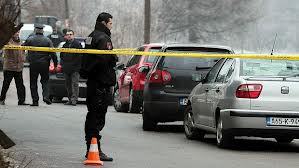 It did not elaborate or say when the two left Bosnia.

But a source at the ministry who asked not to be named said the two diplomats were suspected of “spying and (carrying out) other suspicious activities against the (Bosnian) constitution.”

The two served as the “embassy’s second and third secretary,” the source said, adding that they, particularly Sohrab, “were contacting Nusret Imamovic,” a leader of Bosnian followers of Wahhabism.

Such contacts were considered espionage, the source said.

Bosnia’s Muslims, who make up around 40 percent of the country’s population of some 3.8 million, are mainly followers of a moderate form of Islam.

But the former Yugoslav republic is also home to a small minority of followers of Wahhabism, a strict and ultra-conservative branch of Islam which is dominant in Saudi Arabia.

Sarajevo has been cracking down on the movement’s members whose number is estimated at some 3,000.

The Iranian embassy, when contacted by Agence France Presse, said it “does not have a reaction” to the expulsions by the Bosnian authorities.