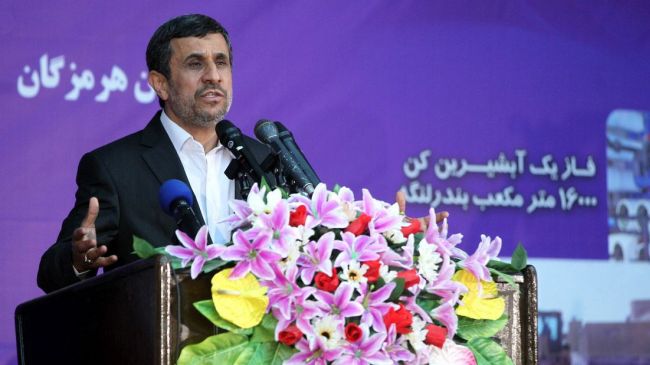 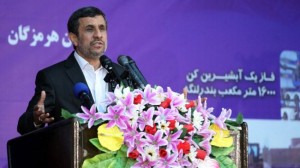 Iranian President Mahmoud Ahmadinejad says the country must reduce its dependence on oil exports by expanding the mining sector and boosting agriculture.

“Iran sits on the world’s mineral belt and 70 percent of the world’s various minerals lie in Iran,” Ahmadinejad said in the southern port city of Bandar Abbas on Thursday.

“We have to activate the mines and use the ensuing revenues as a replacement for oil earnings in the country,” urged Ahmadinejad.

He said Iran enjoyed glory and power for thousands of years without relying on oil, stressing that modern agricultural technology could also help wean the country off oil money.

The president dismissed water shortage as an excuse against the development of Iran’s agricultural sector, saying there are sufficient water resources in the country and calling for appropriate utilization of the available capacities.

Gas and oil exports have played a major role in the economy of Iran – which remains the second largest OPEC producer after Saudi Arabia, and enjoys the world’s second largest natural gas reserves after Russia.

On January 15, Iranian Minister of Industry, Mine and Trade Mehdi Ghazanfari said the country’s mineral reserves are valued at more than USD770 billion.