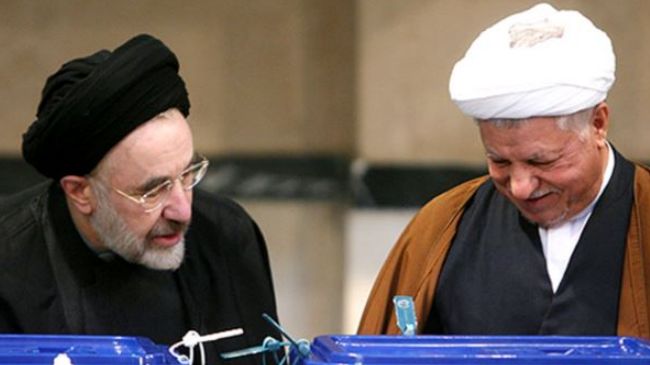 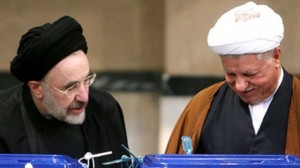 Iran’s former President Seyyed Mohammad Khatami has voiced support for presidential hopeful Akbar Hashemi Rafsanjani and called on the Iranian public to back him in the June 14th presidential race.

Speaking at a Thursday meeting with reformist activists, Khatami underlined the need for countering the effects of external threats against Iran and alleviating the economic pressures on the nation.

“Considering all these issues, Mr. Hashemi Rafsanjani is the most appropriate figure whose presence can be effective and with new plans and views he can play a highly important role,” the former president pointed out.

Before the registration for presidential hopefuls ended, there were major speculations over the participation of the two-time former presidents Khatami and Rafsanjani in the presidential race.

Ultimately, however, it was Rafsanjani who signed up for the presidential race in the last minutes of the registration on Saturday.

Khatami, Iran’s reformist president from 1997 to 2005, described Rafsanjani’s presence in the presidential race as “self-sacrifice” for “national interests,” saying, “Now it is the people’s turn to enter the scene with bravery and responsibility and assist him.”

“The reformists enthusiastically welcome Mr. Hashemi [Rafsanjani]’s presence and see themselves on his side,” the former president pointed out.

“I am sure he will also win a portion of the votes of prudent principlists. Hashemi is not exclusive to any specific current,” he added.

Hashemi Rafsanjani, who is currently the chairman of the Expediency Council served as Iran’s president from 1989 to 1997. In 2005, he ran for a third term in office, but he lost the race to his rival Mahmoud Ahmadinejad.

The registration for the 11th presidential election of Iran ended on May 11, with 686 individuals having signed up for the race. They will be vetted by the Guardian Council, which is a 12-member body consisting of six jurists and six theologians who in addition to vetting hopefuls are tasked with confirming the election results.

The Guardian Council will have until the 21st of May to announce the final list of candidates.