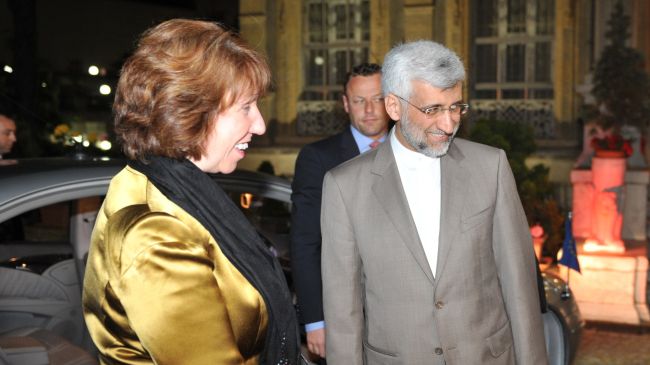 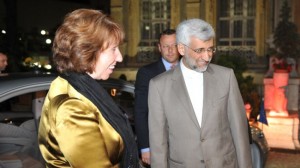 Speaking to reporters, Jalili said he held “fruitful” talks with Ashton, adding the two sides agreed to meet again in the near future, IRNA reported.

“We will soon hold talks again to set a date for the meeting,” the SNSC secretary added.

Ashton, representing the six world powers which make up the P5+1 group, also said she had “useful” discussions with Iran’s chief nuclear negotiator in Istanbul on May 15.

“We will now reflect on how to go on to the next stage of the process,” she said in a statement.

“We will be in touch shortly,” she added.

Ahead of the Wednesday talks, Jalili had said Iran was still waiting for answers to the proposals it made to the P5+1 group in April.

During the April meeting, Iran presented the P5+1 with the details of its proposal “to launch a new round of cooperation” between the two sides, SNSC Undersecretary Ali Baqeri said on April 5.

Iran and the P5+1 group of world powers – Russia, China, France, Britain, and the US plus Germany – have held several rounds of talks, mainly over the Iranian nuclear energy program. The latest rounds of negotiations between the two sides were held in the Kazakh city of Almaty on April 5-6 and February 26-27.

Tehran rejects the allegation over its nuclear energy activities, maintaining that as a committed signatory to the Non-Proliferation Treaty (NPT) and a member of the IAEA, it has the right to use nuclear technology for peaceful purposes.