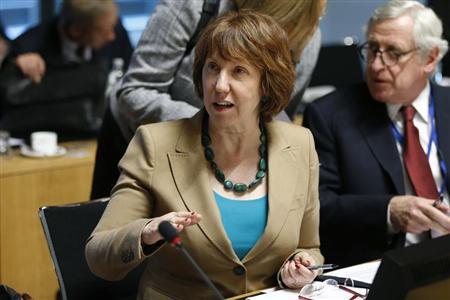 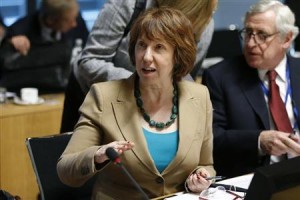 (Reuters) – Iran faces international pressure in two separate meetings over its nuclear program on Wednesday, but with the Islamic state focused more on a June presidential election no breakthrough is expected in the dispute.

In Vienna, the U.N. nuclear agency will once again urge Iran to stop stonewalling its investigation into suspected atomic bomb research by Tehran, which denies any intent to make such weapons. The talks are due to start around 10 a.m. (0400 ET).

Later over dinner in Istanbul, the European Union’s top diplomat will meet Iran’s chief nuclear negotiator – also now a presidential candidate – to discuss a broader diplomatic bid to resolve a row that could trigger a new war in the Middle East.

The two sets of talks represent distinct diplomatic tracks but are linked because both center on suspicions that Iran may be seeking to develop the capability to assemble nuclear weapons behind the facade of a declared civilian atomic energy program.

Any movement in the decade-old standoff will probably have to wait until after Iran’s unpredictable June 14 election to choose a successor to President Mahmoud Ahmadinejad, analysts and diplomats say.

Even though it is Supreme Leader Ayatollah Ali Khamenei who decides Iran’s nuclear policy, the conservative leadership may want to tread cautiously ahead of a vote in which loyalists will be challenged by two major independents.

With the election coming up, “the Iranians will do everything to keep everything stable,” one Western envoy said.

Baqer Moin, an Iran expert based in London, said: “The supreme leader is not the only decision-maker … Iran cannot make any final decision now.”

Israel and the United States have warned of possible military action against Iran if diplomacy and increasingly tough trade and energy sanctions fail to make it curb its nuclear programme.

Tehran says it is a purely peaceful project to generate electricity and that it is Israel, widely believed to be the Middle East’s only nuclear-armed power, that threatens peace and stability in the region.

The International Atomic Energy Agency has been trying for more than a year to coax Iran into allowing it to resume an inquiry into what the U.N. watchdog describes as the “possible military dimensions” to Tehran’s nuclear programme.

Wednesday’s talks in Vienna will be the 10th round of negotiations between the two sides since early 2012, so far without an agreement that would give the IAEA the access to sites, officials and documents it says it needs.

Iran’s IAEA envoy, Ali Asghar Soltanieh, said this week he expected progress to be made in the discussions. But Western diplomats voiced pessimism.

The gap is wide: the powers want Iran to suspend its most sensitive nuclear activity. Iran wants them to recognize its “right” to refine uranium – which can have both civilian and military purposes – and an end to tough economic sanctions.