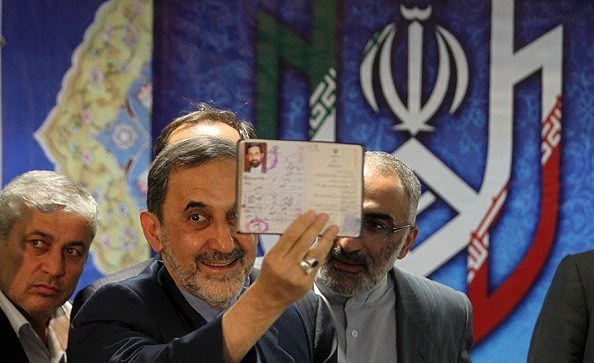 The favorites in Iran’s election 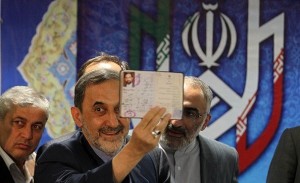 Iran stands on the eve of a heated presidential election slated for June 14. It is the 11th presidential election in Iran’s history. The candidates are a diverse group, all of whom have in one way or another contributed to Iran’s political life since the 1979 revolution. The five-day period to file for candidacy ended Saturday [May 11]. Iran’s Guardian Council, which will start vetting the candidates to see if they meet the conditions for the presidential post, is expected to disqualify most of them.

It is hard to speculate on who will be the next president, given that there are dozens of candidates, but we will do so anyway. Our examination starts by identifying common features among groups of candidates.

The Guardian Council will announce the names of the approved candidates later this month, at which time we will return to that subject for more analysis.

— Gholam Haddad Adel. He is the former Iranian parliament speaker and is intellectually and familially close to Supreme Guide Ali Khamenei.

— Mohammad Baqqar Qalibaf. He is a former military commander, the secretary of Tehran, and the owner of major projects to solve Tehran’s traffic bottlenecks. He was a candidate in the 2005 race. Many consider him close to Khamenei and put him at the same level as the current head of parliament, Ali Larijani, in terms of his biography, his service to the revolution and in his belonging to the second generation of senior leaders of the Iranian revolution.

— Dr. Ali Akbar Velayati. He is a former foreign minister and current international affairs advisor to the Supreme Leader. Many consider him part of the narrow decision-making circle for Iranian foreign policy.

Perhaps for the first time in the history of Iranian presidential elections, candidates have declared they are allied before contesting the elections. This strengthens the impression that the above three are under the auspices of the Supreme Leader and that they place the national interest above personal ambitions. Thus, the candidate who will stay in the race after the withdrawal of his two allies would have a good chance of winning the election.

We will soon have a detailed analysis of Hashemi Rafsanjani. Till then, I refer you to our last article, when we predicted that he will run in the next election (As-Safir, Will Iran’s Economic Crisis Reshape its Political Leadership? Oct. 10, 2012).

The negotiations group for the nuclear file

This group includes two prominent figures who have demonstrated wisdom and skill in Iran’s negotiations with the West over the nuclear issue and who have adhered to Iran’s nuclear rights.

The first is Hassan Rohani, the head of the Center for Strategic Research, member of the Expediency Council, and head of Iran’s negotiating team in the era of former President Mohammad Khatami. In Rouhani’s term, he prepared the groundwork to widen the horizons of the Iranian nuclear program to reflect the balance of power at the time.

Saeed Jalili, the secretary of the Supreme National Security Council, negotiated fiercely to preserve Iran’s nuclear achievements during the past years.

Both are seasoned experts and both have a good chance of winning because they effectively handled the Iranian nuclear file, which is very important for the West.

This group includes former Foreign Minister Manouchehr Mottaki, whom President Mahmoud Ahmadinejad dismissed while Mottaki was on an official foreign visit. Such a move was unprecedented in the Islamic Republic’s history. The dispute between Ahmadinejad and Mottaki, who has absolute allegiance to the Supreme Guide, came out into the open when Ahmadinejad tried to restructure the Iranian Foreign Ministry and have more control over it by appointing presidential envoys to foreign affairs issues. The crisis ended by dislodging Mottaki, which exacerbated the tension between the president and Khamenei in the last two years.

The other figure in that group is Ramin Mehmanparast, the spokesman for the Iranian Foreign Ministry. Given his position, Mehmanparast is well-known by foreign observers, but not inside Iran.

We can confidently say that no member of this group has a good chance of becoming president.

In the last two years, there were corruption charges against the three because they challenged the Supreme Guide. But today, they do not have a lot of weight in the Iranian state. They are also accused of having an extremist ideology that mixes Persian nationalism with reverence to the Mahdi. Many Islamic scholars deem this ideology unIslamic.

None of those figures are expected to reach advanced stages in the presidential race.

The group of state technocrats

Analyzing their chances of becoming president is beyond the scope of this analysis. But they may include a surprise candidate.

This analysis does not preclude election surprises, like Khatami’s victory in 1997 and Ahmadinejad in 2005. But it is important that the Iranian leadership not repeat the events of the last election, because of their negative effects on the image of the regime on the one hand, and because of the volatile regional situation of the other.

The most likely candidates will have four features: confidence, support from Iranian institutions and centers of influence, foreign affairs skill and the ability to woo the Iranian people.

As the rift between Ahmadinejad and Khamenei becomes clear, it is likely that Ahmadinejad’s candidates will not be supported by the Supreme Guide. At the same time, the chances of Khatami’s vice president Mohammad Reza Aref, from the reformist current, seem limited because he lacks Khatami’s charisma and does not have the support of all reformist voters.

It may be useful for the electoral process to have Aref as a candidate. But him reaching an advanced stage in the race seems unlikely given that the reformist movement was driven out of Iranian institutions after Khatami’s term ended.

Similarly, the fortunes of a group belonging to the military and security services such as Mohsen Rezai, the former commander of the Revolutionary Guard, seem low. Rezai is a permanent presidential candidate and came in fourth in 2009. So he is neither at the bottom of the heap nor a white knight. Former intelligence minister Ali Fallahian does not meet the four features listed above, especially given that he has been outside the loop since the 1990s. Moreover, the rumors that he dealt harshly with the opposition when he was in power have harmed his presidential chances.

In short, it appears that the tight ring of the presidential race includes Hashemi Rafsanjani; the tripartite alliance of Ali Akbar Velayati, Gholam Haddad-Adel and Mohammad Baqqar Qalibaf; and nuclear negotiator Saeed Jalili and Hassan Rohani. But we cannot ignore the surprise candidates!