‘Silence of Mowlavi’ to go on French music stage 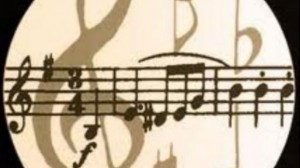 The Iranian music ensemble Hallajvashan is planning to perform a concert on the Persian mystic and poet Mowlavi in the French capital, Paris.

The program titled ‘The Silence of Mowlavi’ (Le silence de Rumi) is programmed to be held at the House of World Cultures in Paris on May 24, 2013.

The concert will present a selection of an unreleased album composed by the band leader Mohammad Ali Merati.

The French scholar and expert on Mowlavi, Jean-Claude Carrière, is also scheduled to recite some poems of the poet during the concert.

Iranian vocalist Homayun Kazemi is to accompany Hallajvashan band while the group will benefit the Iranian and international music players.

During his 66-years of life, he has left a legacy of major poetic and prose works; among them, The Quatrains (rubaiyat),Divane-Shams (or the great works of Shams) and Fihe Ma Fi (a collection of mystical sayings).

Mowlavi is better known for his six-volume Masnavi Ma’navi(spiritual couplets) which is considered by many to be one of the greatest works of both Islamic mysticism and Persian literature.