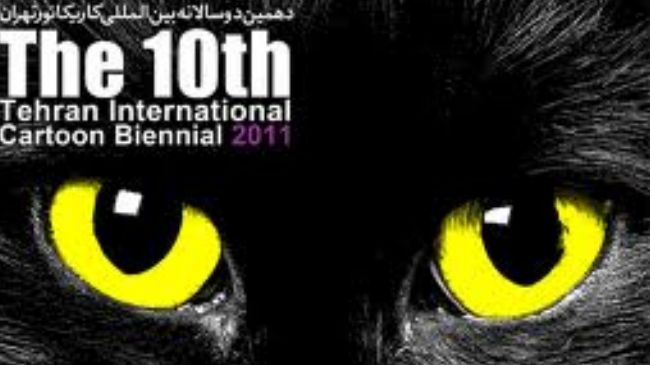 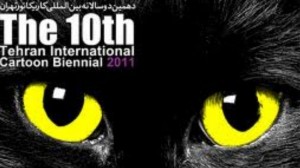 The 10th International Cartoon Biennial has kicked off during a ceremony in Tehran, hosting various works created by the Iranian and foreign artists.

Over 500 works have been displayed at the 2013 biennial held at Tehran’s Saba Art and Cultural Institute, director of Iran’s Cartoon House Masoud Shojaei-Tabatabai announced.

The participants were required to focus on the themes of “Persian Cat”, “Dilemma” and “Superstition”.

‘Persian Cat’ is the theme of the caricature section and those ones who took part in the cartoon section were asked to focus on ‘Superstition’, while the comic strip section centered on ‘Dilemma’.

Iranian cartoonists are to compete with the artists from Turkey, Brazil, Indonesia, China and some other countries.

The panel also hosts two foreign jurors Angel Boligan from Mexico and Eduardo Baptistao from Brazil who are not present at the committee but contribute to final judgment via mail.

The winners are programmed to be announced during a ceremony on June 2, Shojaei-Tabatabai noted.

The 2013 edition of biennial kicked off on May 13 and is slated to be continued for one month.