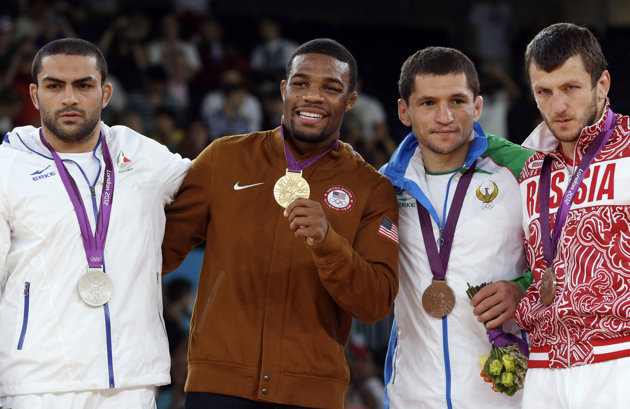 US, Russia and Iran to wrestle in New York 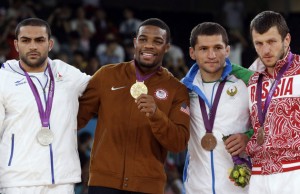 The governments of the United States and Russia can sometimes be at odds.

Americans and Iranians rarely see eye to eye on anything.

But the possibility of wrestling losing its Olympic spot has given these three often-divergent nations a cause to rally around.

The U.S., Russian and Iranian wrestling teams will meet on Wednesday for an historic exhibition in New York. It’s a showcase event for what the sport’s international governing body has dubbed “World Wrestling Month.”

The IOC in February recommended that wrestling be dropped from the Olympic program starting in 2020. Wrestling now has to plead its case to the IOC to be included as a provisional sport in St. Petersburg, Russia on May 29.

The New York exhibition, known as “The Rumble on the Rails” and to be held at Grand Central Terminal, is designed to highlight the sport’s international appeal and popularity. The pre-meet news conference is even being held at the United Nations, and the meet will be televised live by the NBC Sports Network and Universal Sports – a rarity for a sport struggling for ways to make itself more viewer-friendly.

The Iranians, who will be competing in the U.S. for the first time in 10 years, will also compete against the Americans at an exhibition in Los Angeles on May 19.

“In this crisis, we all stick together. Wrestlers maybe can do, sometimes, what politicians cannot,” said Nenad Lalovic, the acting president of FILA, the sport’s governing body. “We love our sport, and we are united to save it.”

If there’s one thing that the U.S., Russian and Iran have in common, it’s a proud tradition of wrestling success and a deep passion for the sport that’s been re-ignited by the IOC.

The Americans have won more Olympic medals in wrestling than any other country. When put in certain context, it can be argued that the U.S. wrestling team has been more successful than any other American Olympic team.

The Russians are now the world’s premier wrestling nation. They won 11 medals in the recent London Olympics, including four golds, when no other nation claimed more than six medals.

The Russians were furious at the IOC’s recommendation, and their angst over the sport’s Olympic future stretches all the way to the top.

“The removal from the Olympic program of traditional forms of sports, which were its basis from the beginning and were in the program of the Olympic Games even in the time of ancient Greece … is unjustified,” Russian president Vladimir Putin said in March.

But wrestling holds a place in Iranian culture that likely exceeds that of even the U.S. and Russia.

It’s often been said that wrestling is the national sport of Iran, where it doesn’t have to compete with the likes of baseball, American football and hockey. The Iranians won three golds in London, backed by a fan section more boisterous than any other nation.

Tehran also served as the first place for the international wrestling community to come together and start formulating a plan to save its Olympic status.

The first major meet of the year, the World Cup, was held in Tehran roughly a week after the IOC decision, and the world’s top 10 wrestling nations – including the U.S., Russia and Iran – met to discuss how to respond to the IOC.

U.S. Olympic champion Jordan Burroughs said the fans inside the arena were overwhelmingly supportive of the competitors, regardless of what country they wrestled for.

“It was probably the best wrestling venue, in terms of fan support and excitement, that I’ve ever been a part of,” Burroughs said after the World Cup. “We’re competitors on the mat. But with the decision by the IOC, now everyone is coming together.”

The New York and Los Angeles exhibitions highlight a busy week for wrestling. FILA, the sport’s international governing body, will meet in Moscow on Saturday to discuss major changes designed to improve wrestling’s standing with the IOC.

The matches in New York and Los Angeles won’t count for much more than pride. But wrestling officials are hoping to show the IOC and the world that a sport which can bring three such powerful but often clashing nations together is one worthy of a spot in the Olympic Games.

In fact, a photo of Burroughs and Iranian wrestler Sadegh Saeed Goudarzi locked arm-in-arm on the medal stand in London has become a symbolic image on social media sites for the movement to save Olympic wrestling.

“It is an exciting opportunity for wrestling to show the world its ability to bring together nations of different political, cultural and geographic backgrounds,” USA Wrestling Executive Director Rich Bender said in announcing the New York meet last month.